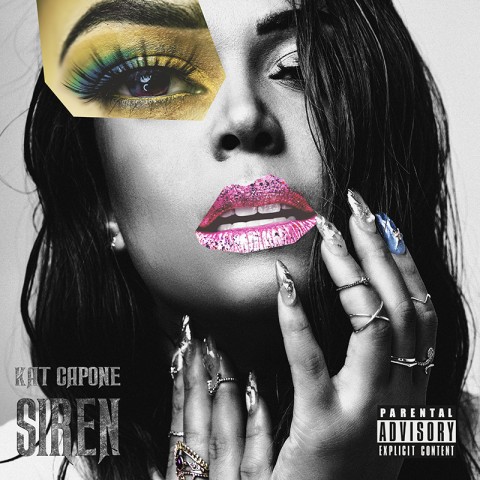 Kat Capone is a talented singer and songwriter who made an entry to the music scene with her debut EP “Summer 22” that immediately grabbed the attention of media giant Viacom. One of her songs “Find Me In The Music” was chosen as the theme song for VH1’s reality show “The Gossip Game” after which she struck a licensing deal that placed her songs on various shows and commercials from “Mob Wives” to “Love & Hip Hop”. After a few EP’s and singles, Kat has finally launched her full-fledged album “Siren” this year, featuring 12 songs that describe a mythological tale of a mermaid whose heart has gone cold. The songs feature beautiful vocals by Kat and mesmerizing music.

Kat Capone is known for her unapologetic singing/songwriting style and confidence she oozes both on stage and screen. She is highly inspired by singers like Janet Jackson, Britney Spears, Missy Elliot and Pink, to make music that is fun, quirky and impactful.

Kat developed an early interest in music and right from the age of 5, she started learning guitar, flute, drums, and piano. She started learning ballet at the age of 2 and later added Tap and Jazz to her many talents. She has also rented Broadway theaters and produced two sold-out headlining concerts. “I grew up in a house filled with music. My mom collected music and my grandfather always encouraged me to play instruments. I started playing when I was 5”, says Kat.

Major setbacks couldn’t divert her from following her passion for performing. After being told that she would never walk again due to spinal surgery in 2009, Kat decided not to give up and her courage led her back to stage singing and dancing, 6 months after the surgery.

Listen to her latest album “Siren” through this LINK.