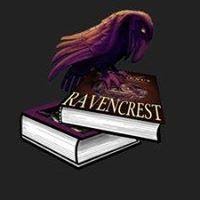 FLAG DAY CAMPING, (First of the Takari and Little Sparrow series based on Randa’s popular Thanksgiving Dinner Platter), where Takari, a Japanese American, and her best friend, Little Sparrow, a Native American, learn how the flag is folded to honor our soldiers and why, even though free, we still have to follow rules.

And, TAKARI’S MISSING BEARCUB, where children are introduced to the concept of lessening carbon eco footprints and protecting wildlife, as Takari and Little Sparrow help protect Mama Bear and her cub’s habitat from logging.

“I am elated that parents and educators are finding my books useful when talking diversity. I strongly believe that when children identify and relate to characters, they are able to embrace differences in others,” shares Randa. She created as a thanks a #BacktoSchool animated video using Cubbie Blue prototypes. We dare you not to smile! https://youtu.be/2K8xmS9UBNU

“If or when different religious beliefs are causing conflict, Boy Who Spoke to God, is the book to give to either children or adults.” ~Jessica Warne, CA Teacher.

Randa Handler’s If I WERE KING, a fun animal tale about a feisty zebra trying to find her turf, is NOW available in Spanish, (Si Yo Fuera Rey) and Audible.

Randa Handler’s THE THANKSGIVING DINNER PLATTER, A recommended read by educators and parents alike, explains our holiday and introduces a similar celebration in Japan, is NOW available in Audible.

“With #racism on the rise, Randa Handler’s kids’ books are timely and a must!” tweets the rights advocate, Calvin Helin, Canada.

Randa Handler is an international journalist, author, and publisher. In 2003, her publishing company launched an educational series of children’s books with Miss America 2000, Claire’s Adventures, still being used as ‘lesson plans’. She has released eight children’s books (all formats) to instill in children an appreciation and love of differences. Three installments in the CUBBIE BLUE AND HIS DOG DOT book series; if i were king, the boy who spoke to god, the thanksgiving dinner platter, flag day camping and Takari’s missing bear cub.