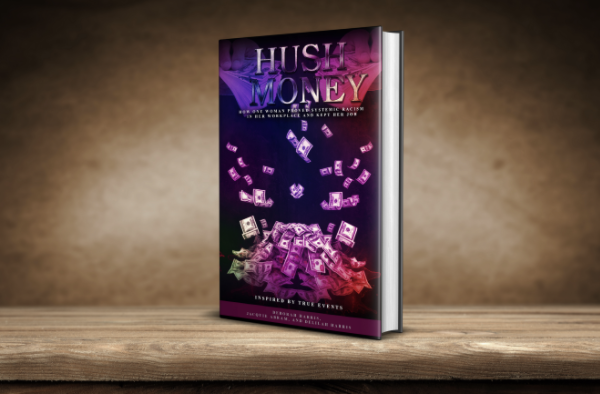 New Black Authors, Delilah Harris, Deborah Harris, and Jacquie Abram, use social media to promote their new book, “HUSH MONEY”, where they narrate the story of a twenty-eight-year-old Black woman and her struggles with systemic racism in Corporate America. Inspired by true events, “HUSH MONEY: How One Woman Proved Systemic Racism in her Workplace and Kept her Job” is being promoted on Youtube, GoFundMe, Instagram, Twitter, Facebook, and LinkedIn and is available for purchase on Amazon.

Hush Money tells a story that is all too familiar to Black people across the globe with the case study of Ebony, a young Black woman who was living in poverty, struggling financially, and finding it hard to make ends meet.  It describes how she obtained a job with an organization, after years of working dead end jobs, that put her one step closer to living the American dream.  But it also describes how that dream turned into a nightmare when she became a victim of systemic racism in her workplace, was stripped of all dignity, confidence and strength, and was left with three choices:  suffering in silence to keep her job, resigning to keep her sanity, or waiting to be unjustly fired.

Hush Money also tells a story of triumph that breaks down the strategy Ebony used after years of suffering that not only proved systemic racism in her workplace, but also allowed her to keep her job and received a six-figure settlement from her employer, among other things, to buy her silence.

By promoting their book on social media, the authors hope to spread the word about their new book and get it into the right hands in hopes that it will help effect positive change in closing the racial divide in employment.