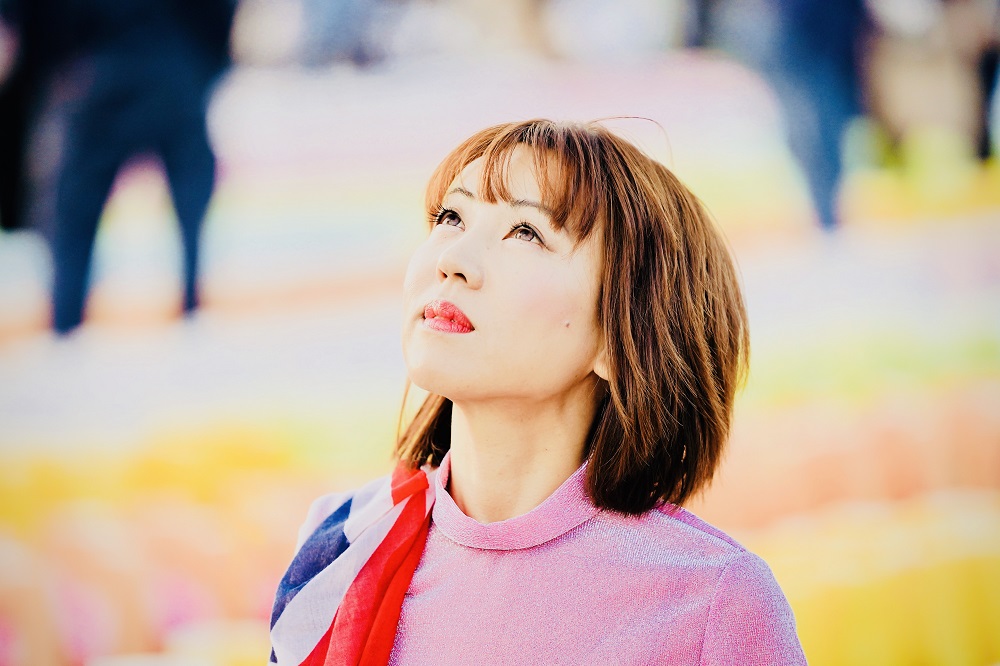 NAOMI SUZUKI is a multitalented model, actress, singer, presenter, producer, and songwriter with her personal yet universal style that will, If there is any justice in the world, allow her to become the first modern-day Japanese female artist to seriously penetrate the European charts. A documentary film about her was broadcast on BBC TV.

Naomi performs at various big events in the UK. Naomi hit #12 on the UK dance chart. In addition to her solo career, she is active with the band AJ Unity, and her single “Jupiter” from the album “Sweet Roses” (2012) ranked 14th in the US radio charts and held 1st place across 1400 other radio stations worldwide for three consecutive weeks, as voted for by listeners. And is active in both Europe and the US.

Two singles recently released called “Harder and Faster” and “Pray for you 2021” also hit the No1 position of Kings of Spins.

Naomi also became the first Japanese singer to perform at the Houses of Parliament where she gave a rousing performance at the Memorial Concert for Japan Earthquake and Tsunami. The concert was a great success drawing attention from the Japanese press and media.

In the UK, every year since 2008, she has taken part as both an MC and performer in the UK’s Japanese Festival called “Japan Matsuri” a large-scale event that brings in more than 70,000 people.

As an actress, NAOMI was selected to appear in a scene alongside actor Hugh Grant in the hugely successful “Bridget Jones’s Diary” and also appeared in other TV dramas in the UK.

How did you come by your stage name?

I am UK based Japanese singer. This is my real name. “Naomi” means honesty and beauty in Japanese. My mum and dad wished I became an honest and beautiful person!

When did you discover your love for your craft and what made you realize you wanted to pursue a career in it?

Fusion and Harmony are important. It is a fusion of music between Japanese tradition and Western-style. My message is to think outside the box, to freely express important parts of being human such as strength, and showing kindness in yourself.

There is also a powerful spiritual component to my music and a desire to help and inspire people in need. Chief among my current goals is to use their music to spread the word about the needs and struggles of people all over the world by covid-19.

I want to make people happy with my music. I do a lot of charity works to support people who suffer from natural disasters. And I realize they make me happy and make me strong.

To what or whom do you accredit your sense of style?

On your current project, how did you come up with the concept?

During the lockdown in London, I had time to think about the pandemic. There is a lot of destruction and people are selfish. I think this is a message from the earth we have to stop destroying nature and being selfish.

When you look outside from a window, it looks the same as before, but all things have been changed and people are scared by nature. The earth wants to tell us how to overcome that we need to care for nature and need care for each other.

This is why I produce this song. My current goal is to use my music to spread the word about the needs and struggles of people all over the world by covid-19.

At the moment, there are not many Japanese artists who challenging to be worldwide artists. I would like to be an international artist to make people know about more Japanese culture. And I am very happy if people who all over the world become happy when they listen to my music. This is my dream.

Are you the best at what you do in your opinion?

I love to support children and old people. I did more than 100 charity concerts for supporting children, old people, and people who are suffering from natural disasters.

What are your plans for the near future?

11th March is the 10th memorial year for the Japan earthquake and tsunami that happened in 2011. And I will do a streaming live show with Japanese famous artists on 11th March.

And I would like to back to Japan to have concerts. Is there anyone you’d like to thank, any shout-outs? My parents. Thank you for Thank you for giving birth to me！

What suggestions do you have for other artist like yourself?

It is not easy for Japanese artists to become an international artist. Because of the language problem. But do not give up. I do feel more people love Japanese culture than before. Artists need to believe on their own what we are doing and how much we love music!!

FOR MORE NEWS AND ARTICLES, CONNECT WITH US ON MUZIQUE MAGAZINE, INSTAGRAM