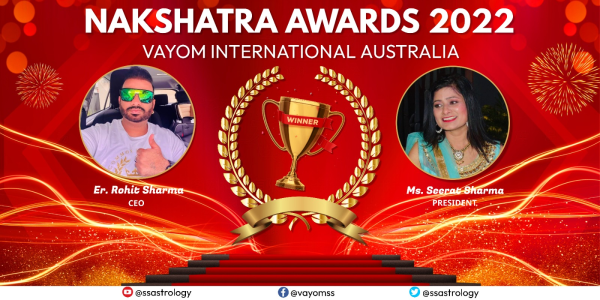 This Nakshatra Awards 2022 event has broken numerous records. For the first time in the era of astrology, it happened that any astrology award event was done by nomination and interviews. This was the first award function in the history of astrology, which lasted for months and this awards function has not lost its brilliance, even after its completion. Facebook and the internet are flooded with the pictures and posts of Nakshatra Awards 2022. This was the first award event in the history of Indian astrology which was conducted entirely from abroad by an NRI Rohit Sharma and Seerat Sharma. This event was truly an international event. This was the first-ever Astrology award event that was conducted by a couple. Booth Rohit Sharma and his lovely wife Seerat Sharma have shown equal interest and efforts in making this event successful.