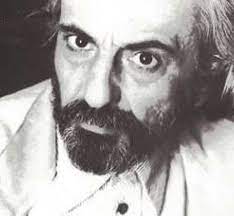 On 4th March 2021, “MUSICA PRESENTE” record label will be launched, with the artistic direction of Dr. Renzo Cresti (Phd) one of the best known music critics of today.

Dr. Renzo Cresti is one of the leading experts in the field of music and his scientific publications represent a point of reference for musicians and musicologists interested in the deeper aspects of musical thought.

The name of this record label is borrowed from the title of his latest book MUSIC PRESENTE, a fundamental text for understanding the dynamics of Contemporary Art Music.

This prestigious catalog will be inaugurated on Spotify and all the digital music streaming services around the World by a music trilogy (BLUE NOTE – IL CANDELAIO – DUKE’S TRAIN) by Antonio De Santis (1936-2010), a brilliant pioneer of algorithmic music. The Maestro Antonio De Santis, together with the physicist Giuseppe Di Giugno, were among the Italians who founded, together with Pierre Boulez, the IRCAM in Paris, a sound research center of world excellence.

Antonio De Santis was a precursor of the times and a composer who invented his own style by blending symphonic music (from Bach and Paisiello to Shostakovic and Stravinsky) with the stylistic elements of Jazz and developing a series of very personal algorithmic techniques that come from a rigorous study of fractal geometry, cybernetics and robotics.

Already appreciated from a very young age for his originality by Goffredo Petrassi, Antonio De Santis represented for years, with his ironic and irreverent way of doing, a point of reference for many young composers who saw in him a point of reference.

Thanks to his extraordinary teaching activity at the Conservatory of Naples (Italy), the Maestro has projected the cultural life of the city of Naples (Italy) and the entire country at the center of the international cultural debate.

Antonio De Santis’s music represents a listening experience of such depth, originality and creativity that make him one of the greatest innovators in musical composition of the second part of the twentieth century.

A true genius who has elevated his music to a universal language beyond time and space.

This inauguration of the record label directed by Renzo Cresti turns out to be a real special event in the International Music World.