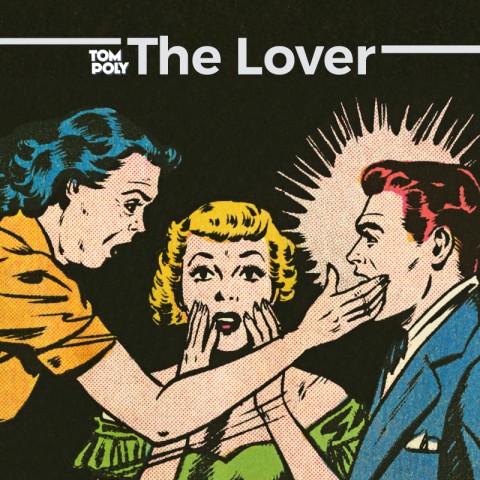 Tom Poly is a talented artist with a multifaceted career. Living on an old farm in Cologne, Poly spends his weekdays as a managing director of a tool manufacturer, while on the weekends and in his spare time, he likes to work on his passion for music. Poly is not only a skilled artist but also a humble human being. Whatever money he earns as a musician is donated by him to the UNHCR (The UN Refugee Agency).

After giving various mellifluous songs to the world of music, Poly is back with his latest track “The Lover”, released on September 4, 2020. Poly worked on this single during the Corona lockdown period in Germany. He didn’t waste a moment cribbing about the situation like many of us; rather, he utilized this time to do something productive. He worked with synthesizers of the 80s, out of which “The Lover” was born. Even though Poly feels that the text of this track is “not really extensive”, but it reflects a story from his circle of friends during the lockdown.

“The Lover” projects Poly’s mood during the self-isolation period, and many people will resonate with it on many levels.

Poly has had a fascination with music since he was a little child. He grew up in awe of his father who would set the mood at any family celebration with guitar and singing. This is when Poly decided that it is what he wants to do in his life.

Poly first started learning to play piano and other instruments; classical and jazz guitar was added to his list later on. “As a teenager, I started playing in various rock and alternative bands,” says Poly about his musical journey. “At the same time, the passion for electronic music was growing. For many years now I have been working as a songwriter and producer for a wide variety of performers in the electronic genre. Since 2019 I have released two EPs of my own”, he adds.

Poly is a versatile artist when it comes to music styles. He has included everything in his music genre, from house music to chill out music, which is evident in his previously released EPs, “Pitch” and “Sunset Boulevard”. Poly looks forward to adding more genres to his collection as he wants to be known for his wide range of music, rather than to confine himself to any particular category.

Poly urges his fans to listen to his latest track “The Lover” as it is a soulful song and people will relate to it. He also asks his listeners to stay tuned for more upcoming music from Tom Poly.

Listen to the single “The Lover” now on Spotify.com.