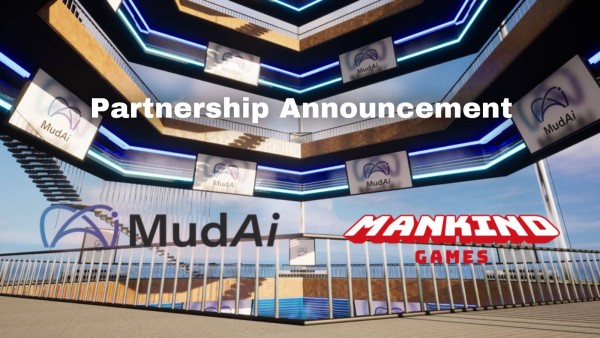 MudAi has announced that it has upgraded its partnership with Mankind Games to a strategic partnership for the development of a new concept called Metaverse. MudAi was founded in 2020 by two Japanese CEO Katey Park and CSO Dr. Yuki AOI, who both hold degrees from Italy and France, and has grown into a company with a significant position in the development of Metaverse and MR applications, using AI and advanced 3DCG technology and incorporating blockchain technology. Recently, MudAi has succeeded in linking Twitter, a Web2.0-based SNS, in real-time to a Web3.0-based Metaverse space and released a related video.(https://youtu.be/9Nd6CQ9S7OM)

Dr. Yuki stated regarding the strategic partnership with Mankind Games, “Mankind Games is a company with unique technology in the Unity/Unreal Engine field, having led over 80 Metaverse/XR game projects in the past 10 years, and we expect it to play a major role in the Metaverse 2.0 currently being developed by MudAi becoming a game changer in the industry.” The partnership between the two companies has already shown significant progress, with the alpha version being released on Discord, and there is increasing interest in the new Metaverse 2.0 that the two companies will create in the future.