Some of the players operating in the market include AMETEK (US), Safran (France), Astronics Corporation (US), Amphenol Corporation (US), Honeywell International, Inc. (US), Meggitt (UK), and Thales Group (France). These companies have well-equipped strong distribution networks across the North American, European, Asia Pacific, the Middle East & African and Latin American regions. 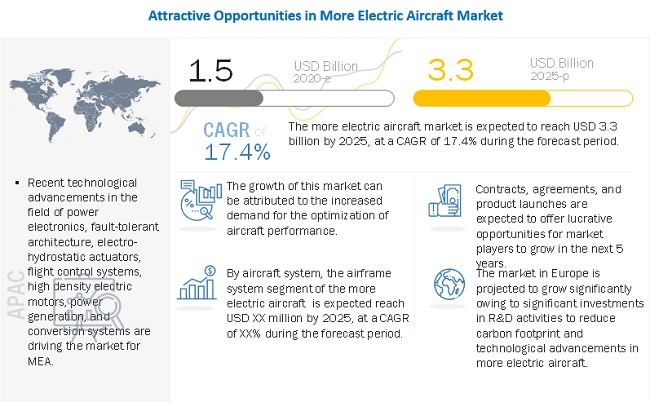 Based on end user, the civil segment accounts for the largest market size during the forecast period.

Based on end user, the more electric aircraft market is segmented into civil and military. The civil segment is estimated to account for a larger share in 2020 as compared to the military segment. Carbon and nitrogen oxide emissions, high fuel consumption, and high maintenance costs are some of the challenges in the civil segment.