MoonStrike is one of the most highly anticipated and emerging blockchain gaming projects. The platform recently announced a new partnership with Onchain Group, a fast-growing Web 3.0 Startup Accelerator. 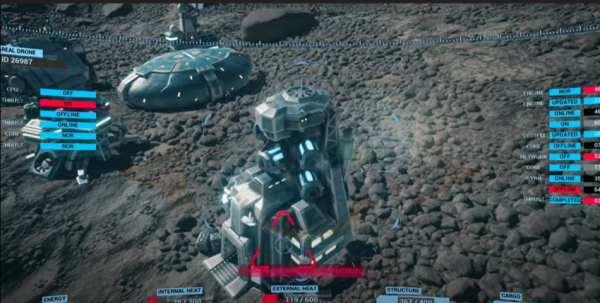 MoonStrike, one of the most highly anticipated blockchain gaming projects, recently announced a new partnership with Onchain Group (onchain.gg), a fast-growing Web 3.0 Startup Accelerator. It comes on the heels of the release of MoonStrike’s first gameplay demo earlier this month, which is attracting attention from multiple Venture Capital Funds. MoonStrike is an upcoming NFT game built on blockchain technology revolving around exploring and battling on the moon’s surface.

The released demo showcases various aspects of MoonStrike gameplay, including FPS 5v5 squad-based combat on the lunar surface, base-building, resource-gathering, and crafting features, as well as vehicle interaction and a complex and interactive moon environment. The video demonstrates a project well into its development.

Designed by a team of veteran game developers with experience on multiple successful projects, MoonStrike has experienced an impressive and quick rise in popularity amongst blockchain gaming enthusiasts.

Partnering with an Industry Leader in Onchain Group

Onchain maintains an impressive portfolio, MoonStrike opens itself to new avenues and possibilities with developing their FPS, crafting, and base-builder simulator. Onchain Group has backed and supported many of the most popular blockchain games in development, including Chumbi Valley, SIDUS, Star Atlas, BattleVerse, Ertha, and more.

Onchain Group’s unique difference amongst blockchain gaming venture capital and startup accelerators is its background in creating game communities across various blockchain games, such as Axie Infinity. Onchain represents a network of investors, blockchain enthusiasts, and gamers who aim to support projects with the potential to impact the blockchain gaming market significantly.

One of the most promising features MoonStrike’s team will integrate includes an in-game voice communication system, which they believe will push the boundaries of growth potential for a thriving and organic in-game economy. Like other NFT games, MoonStrike will include play-to-earn features combined with free-to-play components, allowing players to buy, earn, and trade valuable resources that can be converted into real-world currencies.

To stay up to date with one of the most promising blockchain games in development, check out their website or join their Discord. Potential users may also learn more about Onchain Group on their website.