The promotional video starring Omega X is scheduled to be released sometime in September. The video is to be screened on all indoor and outdoor digital signage operated by CMC, as well as the partnering companies’ social media channels.

Last June, Omega X became the first K-pop group to be covered on the digital display signage at Starfield COEX Mall in Gangnam-gu Seoul, South Korea. They also worked as the official supporters of a public campaign ‘Blossom the Hope,’ hosted by COEX and Gangnam District to combat the COVID blues.

Starting from Aug. 9, Omega X has once again occupied the COEX digital billboards, marking Omega X as the first group to have their contents featured on the signage since the COEX and the Trade Center area have been selected as the first unlimited outdoor display advertising zone. 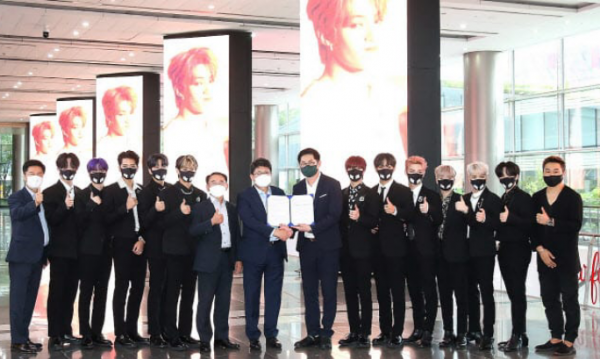