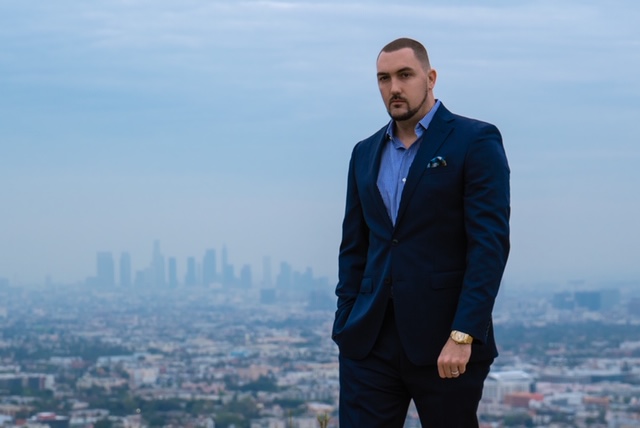 January 24, 2020 – Known for hosting the city’s most exclusive nightlife events and his role as the CEO of Done Deal Records, Miami Entertainment Executive “Money Matt” has officially announced the launch of LA V Nightclub. In partnership with Nathaniel “Nate” Florence, the Founder and CEO of Miami promotions company Who’s Who Presents, the new venture is just one of the latest brand launches for Money Matt.

Located in Miami’s upscale downtown area of Brickell, LA V has become one of the city’s most sought after hotspots for guests seeking an extravagant top-of-the-line experience in music, dining, and dance.

Within a few weeks of its launch, LA V’s wildly popular, “The List Saturdays” has drawn countless crowds of locals and guests visiting Miami. Celebrities have also become staples of the venue. Due to its growing popularity, “The List Saturdays” has maintained its schedule of upscale events and special guest appearances captivating patrons with each visit. Super Bowl Weekend will also bring another wave of excitement to LA V with an exclusive game day event hosted by Tory Lanez.

Matt Herman, known as “Money Matt” throughout the South Florida community began making a name for himself as the CEO of Southern Music Entertainment label (SME). He has spent years embarking on an incredible journey building his entertainment empire. As a young entrepreneur, Matt was the driving force behind the management and development of several indie talents who were looking to establish themselves as artists.

Specializing in music, film, television, sports, and other media, Money Matt cultivated his blueprint for success elevating him beyond Miami’s urban community to several business partnerships and collaborations. Teaming with Nate Florence for the launch of LA V has allowed the men to combine their industry backgrounds and social influence to revitalize the nightclub experience. For the past 5 years, Nate has established his brand within the city’s night scene hosting superstar names such as Lil Wayne, TI, Gunna, Lil Baby, Fabulous, and Yo Gotti. During the course of his career, Money Matt has hosted some of the biggest names in entertainment & sports including Diddy, Rick Ross, Floyd “Money” Mayweather, and Kevin Hart.

In addition to the launch of LA V, Money Matt’s Done Deal Records is the home of star recording artist Barachi who is known for hit singles, “Wifey” featuring Tory Lanez and “Tell Me.”

Born in Lauderhill, Florida, Matt displayed a gift for always being in the right place and making it the right time. He briefly moved to Coral Springs at a young age with his family. Upon turning 18 he decided to return to his home of Lauderhill ready to expose the knowledge and skills he gained while out on his own. Hungry and dedicated to success, Matt engaged in several business ventures over the next few years that would yield incredible results. Today, Money Matt stands at the helm of his self-made success including entertainment & music empire Done Deal Records and several new ventures including LA V Nightclub.

Situated in the heart of Miami’s upscale downtown area of Brickell lies a nightlife experience unlike any you’ve ever witnessed. Leave your inhibitions at the door and let your instincts take over. Allow the music to influence you and the vibes to encourage you. LA V Nightclub treats its guests to the finer things in life by providing top-notch service and paying attention to every detail. Indulge in all of life’s extravagances and pleasures.