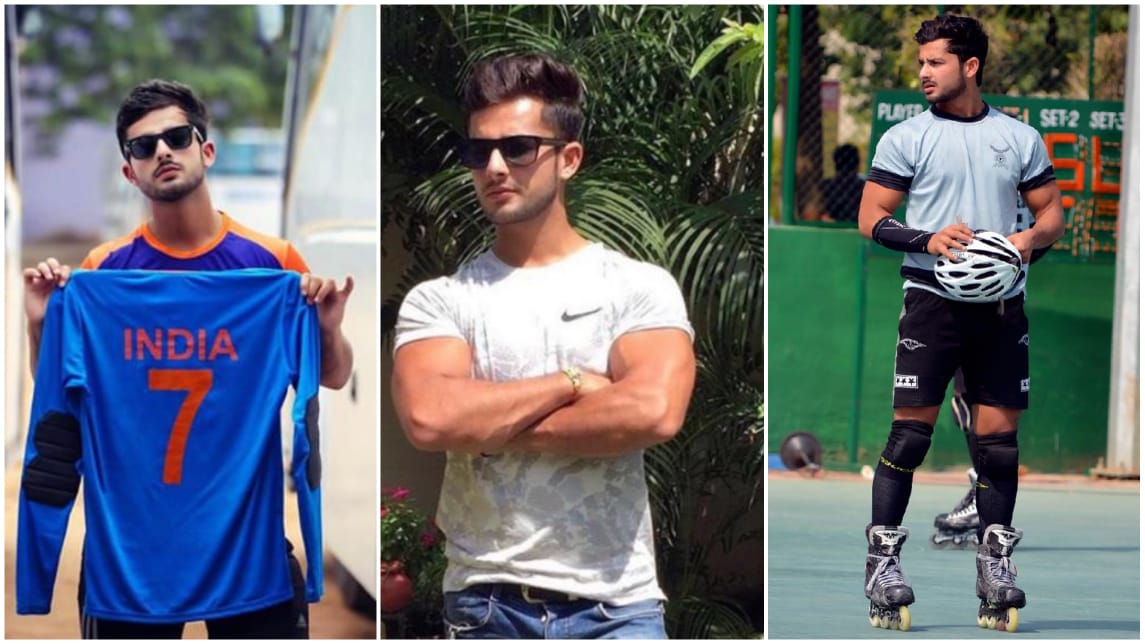 Hiteshwar Singh is a speed skating, roll ball and inline hockey player. Apart from being a sportsperson, Hiteshwar is also a model. It is surprising to know that Hiteshwar has been a roller athlete since the age of 5, now it has been 19 years that he is playing for India. Hiteshwar Singh is one of the youngest athletes who did not get the accolades he deserves.

He has represented India at the Inline Hockey World Championship held in Italy in 2018 and was the highest goalscorer for Team India. Hiteshwar is also a four-time speed skating national medalist.

Talking about his early life, Hiteshwar Singh was born on 29 January 1996 in Jammu, Jammu and Kashmir. His father’s name is Sudhir Singh, and his mother’s name is Anuradha. Hiteshwar started his schooling from Delhi Public School Jammu and did B.Tech from YCET Jammu.

Hiteshwar Singh has been felicitated –

By the Prime Minister of Bangladesh,

By the Prime Minister of India,

By the Sports Minister of India,

By the Governor of J&K and Chief Minister of J&K for his achievements.

Hiteshwar Singh is also the recipient of 3 prestigious state awards

Any Other Relevant Information: