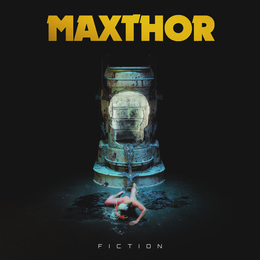 Consisting of vocalist and guitarist Luis Deltell, keyboardist Joaquin Deltell and drummer Pablo Mendez, Maxthor is able to generate quite a bit of noise and prowess given its small makeup. This is largely due to Deltell’s powerful vocals and the band’s ability to follow them seamlessly. Each song is well-thought and delivers a pulse of energy and positivity to any of those brave enough to join Maxthor on their artistic journey.

In a rock music landscape largely dominated by computers, Maxthor harkens back to a more organic synth pop sound by beautifully incorporating raw instrumentation with organic vocal arrangements. The result is a unique wall of sound backed by ethereal vocals that spark introspection and dare listeners to ponder a deeper meaning. “Fiction”, the band’s latest album draws from diverse cultural roots to create a universal sound. Combining elements of seminal synth pop bands from 80’s American music including Roxy Music, Depeche Mode and Tears for Fears, Maxthor serves as a truly modern incarnation of the genre.

A logical progression from their previous album “Another World”, their new album “Fiction” has given the band the ability to hone their sound and reach a foreign audience. Recorded in a professional studio using Ableton Live for recording and real instruments, Maxthor is currently using the online success of “Fiction”, (which is available on Amazon, Spotify, iTunes, Bandcamp and other online music outlets) Maxthor is currently in the process of proliferating their sound throughout the US with upcoming live shows. 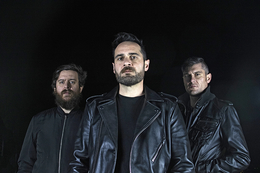 Part of the goal for the band is to connect with their North American audience, which means there are tons to listen to on the Maxthor Facebook Page (https://www.facebook.com/maxthormusic) as well as the Maxthor Official Website (http://www.maxthormusic.com). Perhaps what makes the band most interesting to new listeners is the fact that bands from outside the US are perfectly capturing the essence and nostalgia of decades long past. By listening to songs like “Run”, it won’t take long for listeners to realize why so many music fans are still captivated by great music from the 80’s.