Mauricio Rosero (mauriciorg8) is a young actor, motivator, writer and singer who was born in Bogota, the capital of Columbia. Having received professional training in various artistic fields such as photography and design, he is interested in following a career in art and acting. However, he has been in the news for a quite different reason that is his role as a motivator. A video he uploaded on his Instagram account (@mauriciorg8) for the Venezuelan people and their struggle for freedom has gone viral and gathered more than 2.25 million views until now. Being an entrepreneur and having that mindset, he aims to accomplish huge goals in his life and have a positive impact on other people’s lives through his social media content. Considering that he has already more than 169,000 followers on Instagram, it can be seen that he is on the right track to make his dreams come true with the pure dedication that he puts into his work. 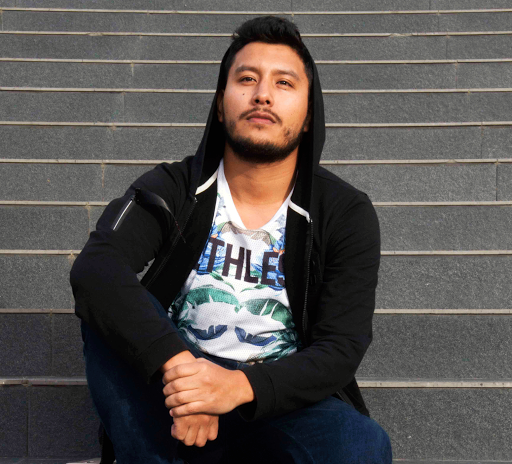 What has helped him achieve such great success at just the age of 29, are his qualities of being serious and responsible as a worker, and being fair and honest as a leader. He focuses on his personal growth and participates in social volunteering to help others, so he is constantly looking for new and innovative challenges. He has even worked in many non-governmental organizations, which led to him going to the United Nations in December 2018 to take part in an important SDG summit. Making videos with high motivational content, he is currently working on following a career as an actor, motivator and social media influencer.

The impact he has had is not just of any regular motivator. What played a huge role in him pursuing this career were the political conditions of Latin America. Even though Mauricio is a Columbian himself, he wants to raise his voice and speak for the freedom of the Venezuelan people who have been struggling to get a better quality of life. The Venezuelan government’s greed for power and money has caused wars between people which only have negative consequences such as deaths, social inequality, hatred and violence. The citizens who have faced oppression by the government then choose the path of civil disobedience as that is the peaceful way to protest against the injustices. The government often tries to manipulate people through the media and press, and that is when the public takes the matters of portraying the truth into their own hands through social media. Mauricio decided to play his part by making a video in which he spoke about the sacrifices made by the Venezuelan people for the past two decades, him losing his brothers and friends, and motivated them that they are ones with good in their hearts and souls. He expressed his love for Venezuela and its people, and concluded with a message of peace that battles are only won with love, not hate.

Mauricio has his own philosophy regarding motivating people which he also uses for himself in his everyday life, that is “Hold on to the plan”. According to him, one needs to be motivated to do something if they have to achieve a certain goal. Otherwise, without any motivation, one would simply not be able to achieve anything. He also luckily has the support of his family in the important aspects of his life, that are his education and his career. His twin brother Mauro, who himself has over 150,000 followers on his Instagram account @maurorg9, accompanies him as well even though they both have quite different views on their way of communicating with people. Mauricio uses whatever tools he has and most significantly, his talent of acting to communicate to people his philosophy so that they would be motivated in their lives. His motto of ‘Holding on to the plan’ has been helpful to thousands of people.