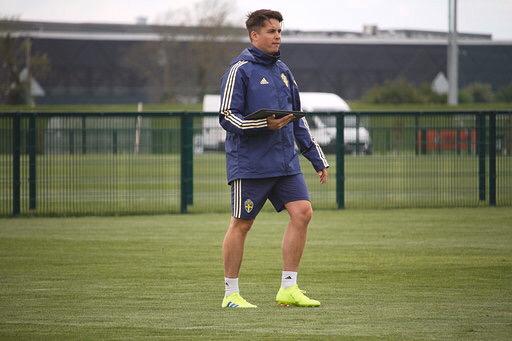 Fort Lauderdale, FL – Reports from inside the executives putting together Inter Miami CF, South Florida’s new MLS team, confirm that they are entertaining talks with the Swedish recruiter and trainer Marcus Tjarnberg. Just as the club’s roster continues to grow, with Monday’s announcement of free agent signings Luis Robles and A.J. DeLaGarza, so is their training staff. Among the key positions to fill is the Director of Methodology in charge or recruitment, training and marketability of players.

“I have been entraining offers from academies and teams across the United States, including in Miami, as I think that American soccer is finally receiving the necessary investment required in order to make it competitive globally,” said Tjarnberg.

Marcus Tjarnberg is known in Europe as a formidable talent scout and trainer. He is on the payroll of both the Swedish Football Association and Djurgården IF a top team of the Allsvenskan league.  He is credited with discovering the likes of Mohamed Buya Turay, Oscar Pettersson and Alexander Abrahamsson who have all won championship titles in Sweden. Most recently Tjarnberg secured the acquisition of Tim Prica and Niklas Bergmark who both made it to the U-17 World Cup.

Tjarnberg credits hard work and having been mentored by the best in the game.

“I read a lot and review game tapes even more. I visit players in their own habitat instead of bringing them out to the big stadiums for tryouts because that is where I can best evaluate if they have what it takes to be a top player,” shared Tjarnberg.

“Undoubtedly Marcus’ fingerprints are all over the success of our association in the past 10 years. From recruiting players, to developing game strategy and even trandsencing partnerships, Marcus has been at the forefront of those achievements,” explained Claes Eriksson manager of the U19 Sweden national team.

It’s the success that Tjarnberg has had with implementing his methodology in Sweden that Inter Miami is looking to attract to South Florida. Inter Miami will need to attract big name stars but also begin to groom a new generation of players, most of which will come from inside the US. Adopting Tjarnberg methodology and recruiting him to be their top strategist will signal to young elite players that they can grow at Inter Miami.

“My specialty is scouting and training home grown players, if you give me 5-10 years I can give you a championship team of young stars,” said Tjarnberg as he described the nature of the conversation with Inter Miami executives.