Multifaceted entertainer and author, Marcus Parker, popularly known as “M-Positive” has stayed true to his goal of using music as a tool for inspiring millions of people across the globe with the release of another potentially viral song. Titled “I Choose Happy,” the single contains motivational lyrics delivered on amazing tunes to keep listeners entertained and inspired. 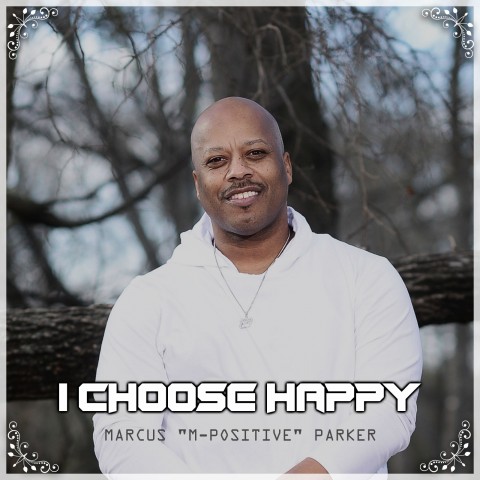 Music has been described as a form of art used by artists to express their views about a subject. Over the years, the global music industry has grown to become a multi-billion-dollar market with the hip-hop world, especially rap, seemingly spearheading this evolution. However, many of the rap songs seem to have deviated from the true essence of making music, as they lack content to drive relatable conversations. However, Marcus Parker looks to have found the formula to bring back the lost glory of rap, which led to the creation of motivational rap and the subsequent release of “I Choose Happy,” coming after years of publishing books and motivational rap.

“I Choose Happy” has already started to enjoy rave reviews from music lovers across the globe even before its official release. The song resonates with Marcus’ saying “stay driven with the talent you were given,” as he continues to create rap music that has no swear words. As The Founding author of Motivational rap, Marcus Parker currently has over 50 songs on Spotify and other digital platforms. However, his latest release seems to have surpassed the previous songs even before its official debut. The song cuts across all age groups, gender, religious or political bias, with a message for every listener.

Other works from the Marcus “M-Positive” Parker include Long Time Coming, Stressed, What The P For, The Antidote, and Be Yourself.

More information about “I Choose Happy” and other works from Marcus “M-Positive” Parker can be found on several digital and social platforms, including Apple Music, Instagram, and Spotify.

Marcus “M-Positive” Parker is a motivational author, speaker, and poet who has used his books and music to motivate listeners and help them heal from past trauma. His journey started with his first book “The Product” in 2004. Marcus is an Air Force veteran and certified life coach.