Passionate educator and filmmaker, Marcus D. Spencer, set to release a new project titled “Who Needs It?” collaborating with Eduardo Castrillo of Uncia Films to speak about therapy

Marcus D. Spencer is making a return to the movie industry as the Fresno Unified teacher looks set to release a new film titled Who Needs It? Spence connected with fellow filmmaker Eduardo Castrillo with the titles Ride Scare, and Seven Lost, in May 2022 to make a few films, with Who Needs It? being the first from the stables of Touch The Heart Productions and Uncia Films.

The multi-billion-dollar industry has witnessed a series of evolution over the past decades, as talented creatives leverage the latest technologies to deliver amazing content to the audience. However, Marcus D. Spencer is looking to take the movie-watching experience to another level by creating relatable, entertaining yet thought-provoking stories as substantiated by the making of Who Needs It? 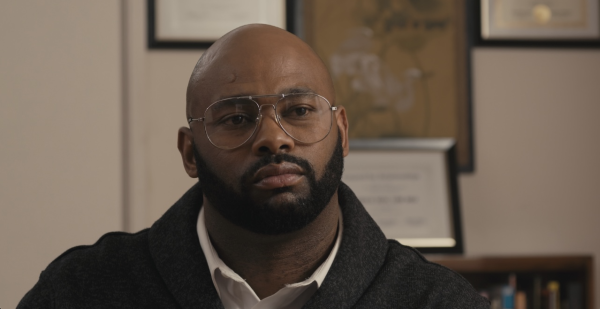 Marcus D. Spencer has undoubtedly had a busy summer, adding filmmaking to his busy schedule that includes teaching summer school, summer bridge, and coaching high school basketball. Since releasing Straight Outta Oakland 2 in 2017, Big Spence has been teaching. He led the Black Student Union at his school and coached varsity football before taking a season off from football.

Who Needs It? focuses on the subject of therapy, starring Michael Grayson with the title, Hunting Season, Sherill Quinn of Ride Scare: the Beginning, Dawayne Jordan of Mad As Hell, and Marcus D. Spencer of The American Dream. Co-written and co-produced by both Spencer and Castrillo and directed by Big Spence, the movie is not only about therapy but was also created to be therapy for the viewer. Who Needs It? is the working title and the idea is, that everyone needs it…Therapy that is. “We all need someone to talk to from time to time,” Spence says. “It’s important to have an outlet and not be judged for how you feel.“

The official release date for Who Needs It? is yet to be confirmed. However, the film has been picked up for distribution and is set to have a limited theatrical release before making its way to store shelves and streaming services.

For further information about Who Needs It? and other projects from Touch The Heart Productions, visit – www.TTHproductions.com.

About Touch The Heart Productions