It has been a bit of a wait but MapleStory 2 is finally here. We got our chance to run around in the closed beta test, but now with our jump into head start, we can provide all the changes that have happened in the initial changes. We will be giving you a bit of what you can expect when you play and give a peek at the ups and downs of the game so far. Let’s go!

The MS2 head start was not a super pleasant one. The game had its share of issues from people not receiving their bundles to server issues causing merits not show. Most, if not all, of those issues, have been addressed in the days after headstart began. I hope we don’t see a repeat of these problems when it fully launches. Issues aside, while there hasn’t been a ton of changes, the ones implemented have been significant.

One notable difference is that AP and SP are no longer gained at the end of an Epic Story Quest chapter. Instead, these points can now be gained through trophies. This didn’t bother me much as I did tend to dabble in everything during the test. It opens up the game so that those who don’t want to do the story quest to level up won’t end up weak at endgame. At the same time, it now forces those who may have only had interest in questing to get those points by other means. I haven’t found many complaints on my server in the game about this change. 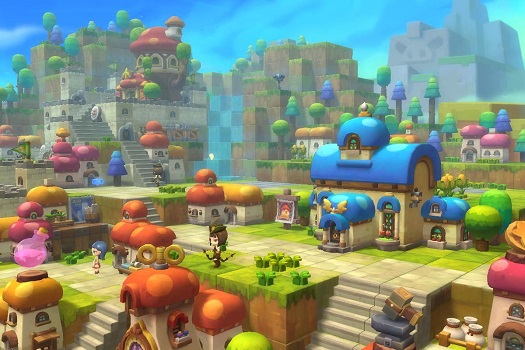 Speaking of leveling, the leveling experience is fairly fast. Most players, including myself and my partner, have been able to hit max level in a day or two. This is with max during the head start being level 50. I have no complaints as long as there are things to do at end game, which at the moment is mostly just getting different types of currency for different vendors and getting trophies. This is only if you happen to have already at least gotten one epic piece of equipment from a level 50 normal adventure dungeon.

Let’s move on to the ridiculousness that is the drop rate of the epic equips in these dungeons. The drop rates are low, super low — so much so that at the current moment some equips are going for 14 million Mesos. There is a daily limit for the reward from dungeons and a weekly limit. The daily limit is 10 and weekly is 30.

You can easily run 10 dungeons in a few hours and not get one epic drop. If you are level 50 and run 30 dungeons in 3 days there is a high probability you will be pissed at not getting any epic drops or gear that will be an improvement because you already have all the equips from running dungeons. The drop rates need to be fixed. It’s become common to say to your teammates, “Good luck getting your epics,” because the chances are so low. I was lucky to receive an epic bow, though not for my class. I traded it for my weapon because hell if I was going to get that drop. My suggestion to solve this is that it might be better to remove the weekly limit altogether and keep it as a player getting rewards for doing 30 dungeons in a week. 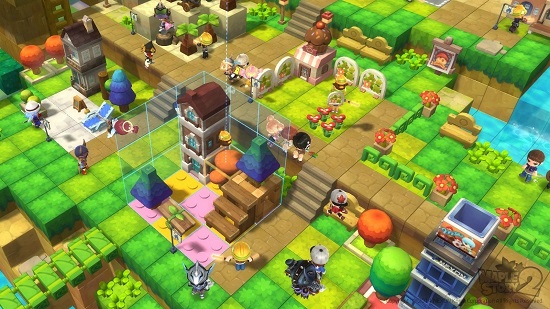 Dungeons also received another improvement to add additional safe revive points. Before it would set you back pretty far in the dungeon, but now it revives you closer.

Other than the weekly limit and low drop rates for epics, the rest of headstart has been fun and amazing. Being able to create my own outfit to wear is so much fun. If you do your dailies, you have a chance to get vouchers so you don’t have to come out of pocket for any merits. Though even if you do, if you put the items you create up for sale in the player shop, you have a chance to make more merits. But if there is one thing I would love to see is different styles for weapon templates. Everything is a box with no depth. The weapons you can pick up in the game are most times way better looking than the one you can make because there are more shapes and styles.

There are many things to do in MapleStory 2 from pet taming to working on your making your home space amazing. It is now free to expand the home space as much as you want which is good because, while you can buy a plot of land as a sort of physical location for your home, the cost can run up to 14 million+ Mesos in some areas of the game. But with the unlimited space on the basic home, the sky’s the limit. Check out Kiwi’s home here for some inspiration. I am working on my own Halloween themed space to go along with my character.

There are some things to be wary of when you play. People will sell mounts that can be obtained after reaching the proper trophy level for marked up prices on the black market. What may cost you 100,000 Mesos if you buy it on your own will be sold for 400,000+. These are tricks we used to pull in Action days. If you feel you want those mounts early, spend the Mesos. I’d still recommend saving them to buy an epic weapon or other epic equips to do the hard level adventures. 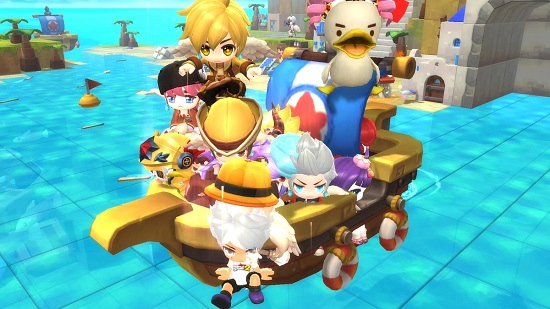 Another big issue I have seen during headstart is the ridiculous amount of gold sellers in game ruining world chat. Since day one of headstart, they have been in game peddling Mesos at around 1million for $5. Already that is stupid high amount considering how easy it is to acquire Mesos in game. It is unfortunate that one chat option has already been ruined and I do not doubt that eventually, it will leak into channel chat. You are able to block them which I recommend doing.

Actually, ignoring the noisy vendors assembled in world charts which scramble for the market and customers every day, a trustworthy source to gain substantial MapleStory 2 Mesos at very little cost seems much more feasible and reasonable. To promote and boost your equipment and character’s level in a short-term, buying Cheap MapleStory 2 Mesos from a reliable 3rd party is a great choice other than else. We are here to highly recommend MMOAH – a professional website who has been dedicated to the game currency transaction business for years is the perfect place to get loads of MS 2 Mesos Fast & Secured. Besides, prices of Mesos MMOAH has are reasonably low compared with other sellers. 1 million Mesos only needs 2.38$!!! You can’t have this bargain in anywhere else!

Do know this game still gets top marks from me for its fun atmosphere, creative design aspects, fun dungeons, and boss mechanics. Mushking Royale is super fun as well. I recommend giving that a try when the new season starts back up. I also love the fishing feature. As with fishing in any game, it just has this relax zen feel to it. At the moment Runeblade is being released when the game launches on October 10, 2018. I will be back with more on that after I get my hands on that class and to see what else is added when the level cap increases to level 60. Til then my friends when you hop in on launch have fun running around the Maple World!