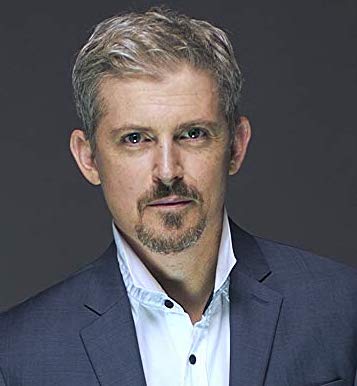 Manu Intiraymi, known internationally for his role in Star Trek: Voyager, Star Trek: Renegades and as Billy, the villain, in One Tree Hill, is to host the Award Ceremony at Hollywood Silver Screen Festival 2019.  This highly-anticipated event is to be held on Sunday, Oct 13th at the Warner Grand Theater in San Pedro. This magnificent 1930s art deco theater is the only one of the three original Warner Bros Studio theaters left.  As an important piece of Hollywood history, the theater is just the appropriate venue for a night of Hollywood celebration.

The magical night is to be filled with glamor, music, and entertainment.  Acclaimed designer Sue Wong is bringing a fashion show featuring stunning goddess models in her glamorous Hollywood gowns and requisite headpieces influenced by the 20s and 30s. Known as the Empress of Style, Sue Wong has dressed countless celebrities including Anne Hathaway, Jessica Biel, Minnie Driver, Tyra Banks, and Taylor Swift.

Hailing from Nebraska, rock band The Rewind will be performing live on the stage.  The Rewind is known for providing audiences with an authentic rock experience and has garnered praise from rock legends including Tom Petty, Peter Frampton, and members of Cheap Trick.

LA-based soul/pop outfit, HEЯITAGE is to perform 2 of their latest singles.  This powerhouse duo is known to interweave their infectious sounds of seasoned soul, topped with invigorating pop.  HEЯITAGE recently partnered with the Arbonne Charitable Foundation® to use their single “Red Lips” to inspire confidence inside and out with the #ThoseRedLips Campaign.

New York Second Lems Jewelry Designer is bringing a runway showcase of a collection of gorgeous statement necklace designs.  The night will also include a performance by students from Jurupa Hills High School, directed by veteran theatrical director James Griffin.

The Award Ceremony will honor artists and their achievements in the film industry.  Award-winning actress and former Miss Universe, Dawna Lee Heising, is the festival queen who will be the award presenter.  The list of honorees is to be revealed at the ceremony.

The Executive Producer of Hollywood Silver Screen Festival is the award-winning film director and actress, Dr. Petra Deeter. Her recent movie, Reborn, a narrative drama about domestic violence, has received many awards and honors and has been screened in theaters around the world, including the legendary Chinese Theaters in Hollywood.  Dr. Deeter comments “Visual storytelling has the power to influence, teach, inspire and enrich our lives. It can bring hope, clarity and understanding. It breaks boundaries and forges connections between people, between people and dreams, ideas and visions. The Hollywood Silver Screen Festival is all about recognizing and celebrating the artists who dedicate their lives and passion to the art of visual storytelling.”

The Warner Grand Theatre is a facility of the City of Los Angeles Department of Cultural Affairs.

More information on the Hollywood Silver Screen Festival can be found at: http://hollywoodsilverscreen.com/festival.

Tickets to the festival program and the award ceremony can be purchased here: https://hssf.eventbrite.com.