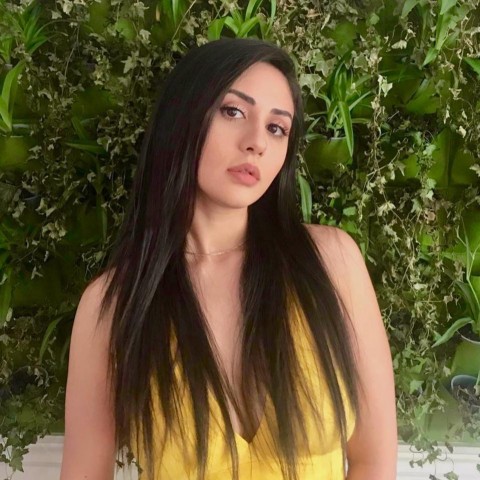 Born in Baghdad and immigrated to Canada in 1995, LuLu Lotus has overcome some major adversities to become who she is now. She is a single mother of two boys, and survived domestic violence by her abusive husband, before finally having the courage to leave him. She went on to live in a women’s shelter but never stopped dreaming for a better life for her children and herself. As an avid book lover, passionate vegan and born writer, LuLu decided to write a children’s book which eventually resulted in her first book “Kiss or Cook?”, followed by two more books in the series.

“I’ve always wanted to write books,” she said. “The other kids (at the shelter) were interested in my kids’ diets, and were asking me questions,” said Lotus. Some of her major inspirations come from Gary Vee, Tony Robbins, Ellen Degeneres, Drake, and Kim Kardashian.

LuLu also wanted to create a YouTube channel from the past 10 years and she finally did it. She started her own YouTube channel by the name of LuLu Lotus and posts amazing content with thousands of views so far. She is gaining rapid popularity on her social media channels and in fact, her Instagram videos have received over 33 Million views on different platforms. She further adds, “I want women to know that they can accomplish all of their dreams once they build the right environment. If that means cutting off everyone who affects your growth- it needs to be done.”

“Kiss or Cook?” is the first in the ‘Kindness series’ of children’s book that advocates for all animals and teaches compassion to kids. This book is aimed to allow children to distinguish between food and friends using vibrant illustrations and an engaging storyline. Soon after its launch, LuLu’s book received a great response from the Vegan community, animal rights activists and of course, the parents. “Kiss or Cook?” is a first of its kind vegan-themed book for children that allows them to make an informed decision about their food choices and encourages more compassion for animals.

The second book from the series “Free or Force?” is another thought-provoking children’s book by LuLu, that brings awareness about the animals held captive for entertainment while the third and yet to be released book in the series “Care or Wear?” informs about the animals being used for clothing and other materials.

In addition to being a flag bearer of veganism, she also hopes to become an inspiration for women experiencing emotional abuse and domestic violence.  “Never forget that YOU control your own life and have the power to grow from your experiences. FOCUS and leave all of the darkness in the past — you deserve love and light,” Lotus posted on her Facebook page.

All books by LuLu Lotus are available for purchase on Amazon and Chapters/Indigo.