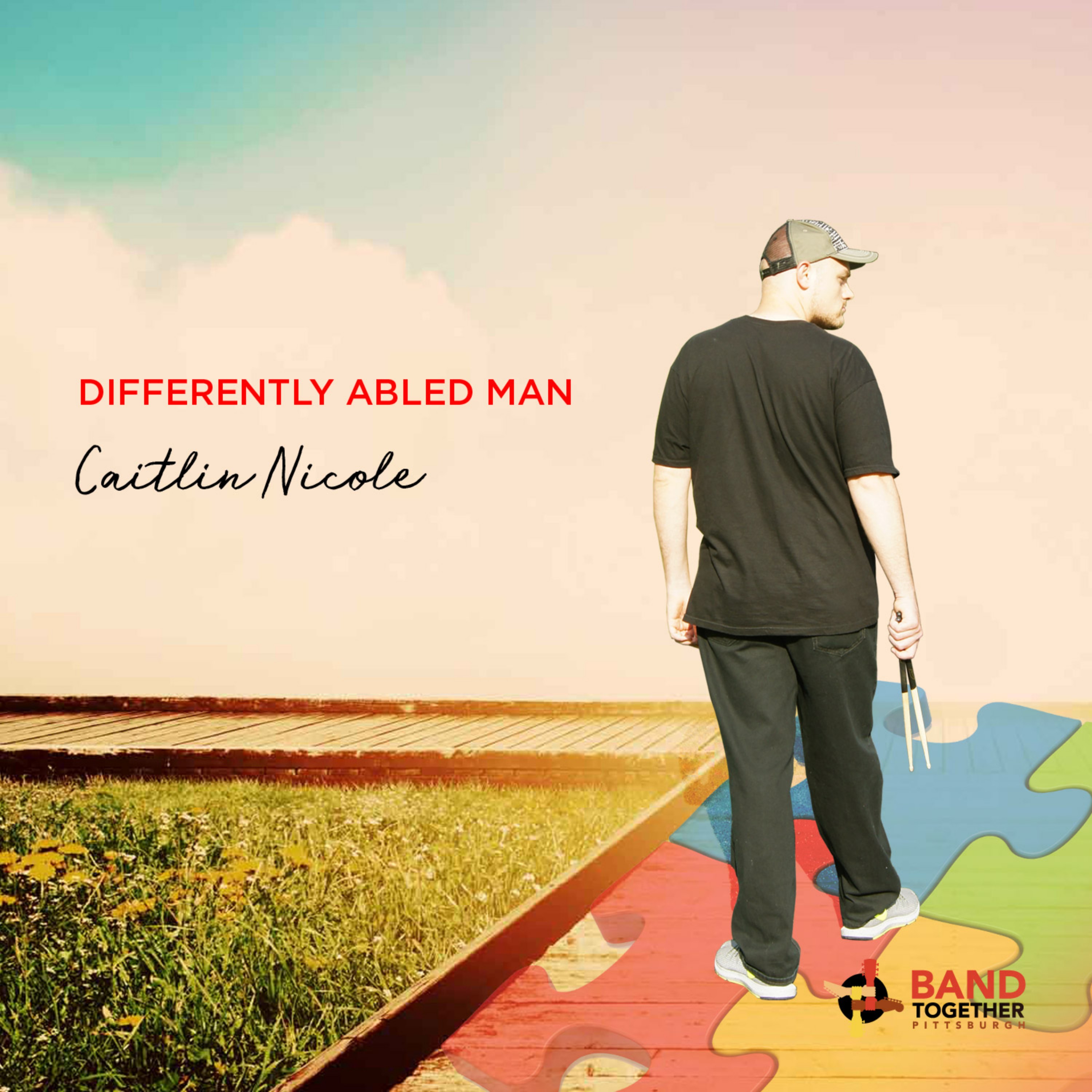 “I can hear you, when I’m not looking at you
I can see you, without staring at you
I can feel you, we don’t have to touch
I’m a differently abled man and I matter so much”

“(Christopher) is an amazing and kind human being. People have written dissertations on him, his one therapist named her baby after him, and many of his therapists and teachers are still in his life today. But because he cannot socially interact, it makes it hard for him to make friends. You may think he isn’t paying attention, but he understands every word you say, he can hear you, he sees you, he just can’t verbally express it. Imagine how frustrating and lonely this can be, this is his life, everyday. My very intelligent son, stuck in this shell we call Autism. If he was able to tell us how he feels and express himself to me and to the world, I thought, what would he say? So one day I began to write … and I wrote a song for my son.” – Lisa Satira Brozek on her son and inspiration for “Differently Abled Man,” Christopher Brozek

When local Pittsburgh mom Lisa Satira Brozek put pen to paper to write a touching tribute to her son, Christopher, who has Autism, she had no idea that her heart-felt words would become a worldwide music release. Enter Pittsburgh veteran musician and Top 20 iTunes charting artist, John Vento. John, along with Ron “Moondog” Esser, is a founder of Band Together Pittsburgh, a non-profit that raises awareness for those with autism, and engages them through music programs.

Vento suggested Pittsburgh rock royalty, David Granati for production and guitar duties. Joining David Granati in the studio was his brother, and another member of Pittsburgh’s version of The Wrecking Crew, Hermie Granati (keyboards.) Brother and sister, Christopher Brozek (drums) and Caitlin Nicole (vocals) rounded out the recording line-up. Caitlin, who had always been Christopher’s voice, growing up, sang the melody written by family friend, Kelsey Roche.

“Differently Abled Man” will help raise awareness for those on the Autism Spectrum, with a portion of the proceeds going to the organization. The song will have its official launch at the Pittsburgh Blues and Roots Festival on July 27th and 28th, at the Syria Shrine Center. The single will be available in digital and physical CDs around the world through MTS Records.

Watch the music video at https://youtu.be/gWJkH9Fs3XM.

“I have watched my son, Christopher struggle on a daily basis with communication,” said Lisa Satira Brozek. “He has trouble expressing himself and putting words into a sentence. He generally needs time to process information that he hears and then also needs time to respond. This can be very frustrating for him, not being able to put his thoughts into a complete sentence.”

ABOUT BAND TOGETHER PITTSBURGH:

The purpose of Band Together Pittsburgh (a recognized 501 (c) 3 non profit organization) is to employ the power of music to engage youth on the autism spectrum and their families. Music has the proven capacity to enhance social interactions, build and develop communication skills, and improve motor/sensory, emotional, and academic/cognitive functioning. PLUS it’s FUN!
​
Music brings us together. Fills our souls. And creates pathways to help those on the autism spectrum to build new skills. The founders of Band Together Pittsburgh have decades of experience in the music scene and in the non profit youth development world. That knowledge coupled with a science based approach provides us with a solid foundation to provide programming.