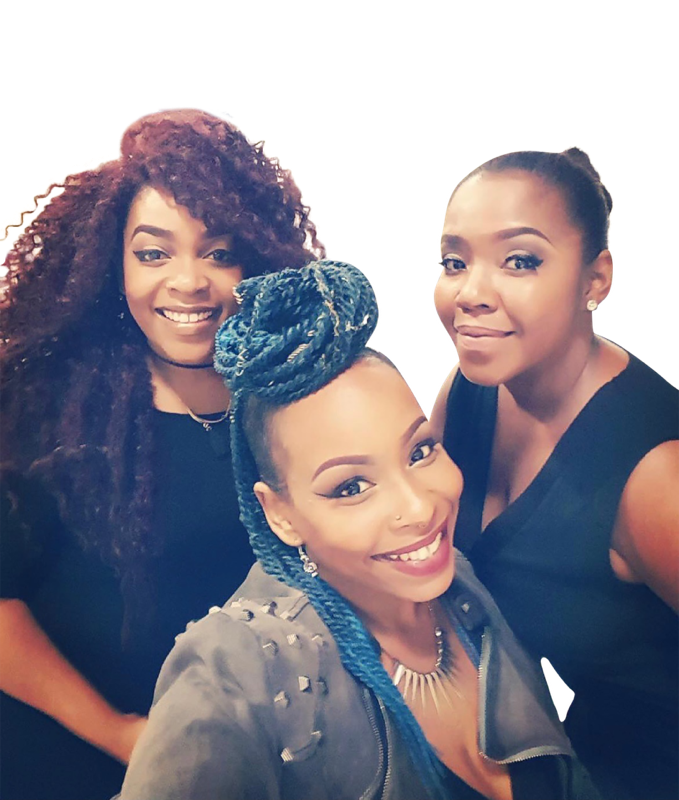 The estate of legendary icon Betty Wright, led by her daughters Namphuyo McCray, Asher Makeba and Patrice Parker have begun initial pre production of their upcoming biopic “The Clean Up Woman,” which dives deep into the life of the Miami-bred singer Betty Wright, on stage and off stage.

Namphuyo explains that her mother lived and died trying to please her fans, regardless of the pain and stress that family issues and cancer had caused. Wright’s daughters have since remained determined to preserve their mother’s legacy.

While the sisters needed to take a year to get the estate affairs in order, they continue to receive a lot of interest from the networks for the legend’s biopic. At present, production and/distribution has not been solidified and they continue to entertain offers for the project.

President of S-Curve Records Steve Greenberg, who collaborated on several recordings with Wright, coined her “one of the most significant women in the history of R&B music, period.”

“Tonight is the Night” is an anthem by Wright that has gained over 32 million views. Wright is perhaps best known for her 1971 hit song “Clean Up Woman,” a funky and soulful complaint about a woman who ‘cleans up’ the men of women who neglect them. The song’s signature guitar riff would go on to be a favored sample used by the likes of Afrika Bambaataa, Sublime and Chance the Rapper (source NPR.org).

According to Billboard, Wright earned a top 10 single in 1972 with “Clean Up Woman,” which peaked at No. 6 on the Hot 100, and would go on to be sampled by numerous artists, including Mary J. Blige, Afrika Bambaataa and Sublime. By the mid-‘70s, Wright had scored big with songs “Tonight Is the Night” and “Where Is the Love,” which she earned a Grammy Award For Best R&B Song in 1975. Just over a decade after her Grammy win, Wright would net another achievement in becoming the first woman to have a record on her own label achieve GOLD status.

Another successful composition was the proto-disco number “Where Is the Love” (co-written by Wright, with producers Harry Wayne Casey and Richard Finch from KC & The Sunshine Band). This peaked at number 15 on the R&B chart, number-two on the dance charts and crossed over to the UK, peaking at #25, leading Wright to perform overseas. Wright later won the Best R&B Song Grammy Award for composing “Where Is the Love” (source: Wikipedia.org).

Least known for the pivotal role she played in the early developmental stages of Bob Marley’s iconic career, Wright also served as a pioneer and mentor to many artists, such as: Lil Wayne, DJ Khaled and Sean Puffy Combs to name a few.

Wright also collaborated with an impressive list of renown music artists, as she was whole-heartedly dedicated to “protecting the integrity of popular music,” according to NPR. She teamed up with legends such artists as Marvin Gaye, Bob Marley, Lil Wayne, and The Roots, as well as mentored Jennifer Lopez and Joss Stone.

In a prior interview with NPR in 2011, Wright commented how she believes in legacy in “making radio sound better.” Rather than “disturbing the peace, getting on the radio and sounding a hot mess,” she would tap into her “mama vibe” to guide and teach without ego.]

In 2011, Wright teamed up with The Roots for the collaborative album, “Betty Wright: The Movie,” which featured guest appearances by Lil Wayne, Snoop Dogg and Joss Stone.

Betty Wright’s funeral showcased an incredible display of support — with mega hip-hop stars as Lil Wayne, DJ Khaled, Luther Cambell, and the Marley family — who also plan to show their support of the upcoming biopic.

In an interview with Billboard in 2011, Greenberg explained that “Betty Wright was one of the foundations of S-Curve’s creative family.” Both of them “worked together on so many projects, ranging from Joss Stone to Tom Jones to the O’Jays, to her own album, Betty Wright & the Roots. She was a triple-threat as an artist, writer and producer and she always got something extra special out of the singers she was producing. Her mere presence brought a studio to life and she had the gift of making everyone feel confident in their ability to create something magical.”