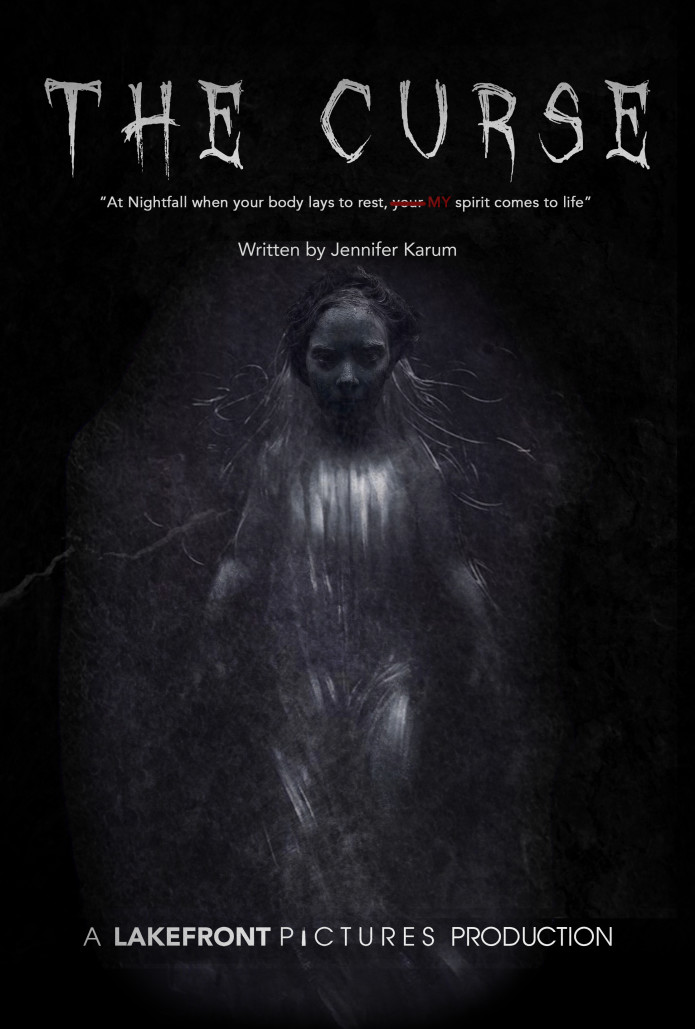 LAKEFRONT Pictures launched the Indiegogo Campaign for the highly anticipated feature film “The Curse.”  Eight days into campaign it is 40% funded, the hottest film property on IndieGogo.

“The Curse” is a supernatural horror movie in the vein of Hereditary, The Conjuring and The Invisible Man (2020).  This Indiegogo campaign is brought to horror fans by Jennifer Karum (Creator/Writer/Producer) and Ryan Atkins (Producer/Director of Photography) of “The Curse” along with the talented team at LAKEFRONT Pictures.

Become a production partner on “The Curse” by joining our Indiegogo Campaign and claiming incredible perks here:

Logline: A young lawyer finds himself in a twisted web of murder and deceit brought on by a dark force from his past.

“The Curse” has secured incredible A-List talent including director Jeff Hare (Killer Under the Bed, Ben 10), Enrico Colantoni (Westworld, Veronica Mars, Galaxy Quest, Just Shoot Me) and now RJ Mitte (Breaking Bad, The Recall, Switched at Birth)  to make this one of the most identifiable, unique and scary films of the last decade.

“On the surface, The Curse is a unique take on the supernatural horror genre. But deeper than that, it is a film about guilt, the pressures of family, the pressure to succeed, the fear of failure, and the repercussions of past violence and its ability to haunt the present. We truly believe that this will speak to a broad audience beyond those who are your typical horror movie audience.

These themes are important to me as a writer and filmmaker on the autism spectrum. Throughout my life I’ve struggled to defy the diagnosis I received from a doctor at 18 months – that I’ll “never live a normal life.” I’ve been told repeatedly that I can’t do this, I won’t be able to do that, and I’m not good enough. Only after fighting and pushing past others’ expectations of me was I able to realize that we can break free of the restraints others put on our lives. I believe that this is something that many people can relate to, and this forms the core of The Curse.

Well, this and an absolutely terrifying supernatural force.” – Jennifer Karum Creator/Writer/Producer “The Curse.”

“The Curse” is looking to raise $650,000 to help bring this film to life. The funds raised in the Indiegogo Campaign  will help secure filming locations throughout Chicagoland, pay for celebrity actors and production crew, secure the best quality film equipment needed, including cinema grade cameras, lights, and sound equipment, and for use in high quality, realistic practical and special effects to make the horror of The Curse real for audiences.

Individuals looking to become an Associate or Executive Producer of the film can contact LAKEFRONT Pictures at TheCurse@LakeFrontPictures.com for more information.

THE LAKEFRONT TEAM HAS A SHORT HORROR/THRILLER, The Nest, THAT HAS RECEIVED AWARDS AND RECOGNITIONS AT MANY FILM FESTIVALS, AND HAS BEEN MOST  RECENTLY RECOGNIZED BY NBC Chicago Fire, IN WHICH CHICAGO FIRE LICENSED THIER FOOTAGE FOR THE SHOW.

Join The Team by contributing to the Indiegogo Campaign and making the most amazing supernatural horror movie in the history of films:

OTHER WAYS YOU CAN HELP

Can’t contribute but still want to help bring this film to life? You can still help by:

Thank You For Your Support! – LAKEFRONT Pictures