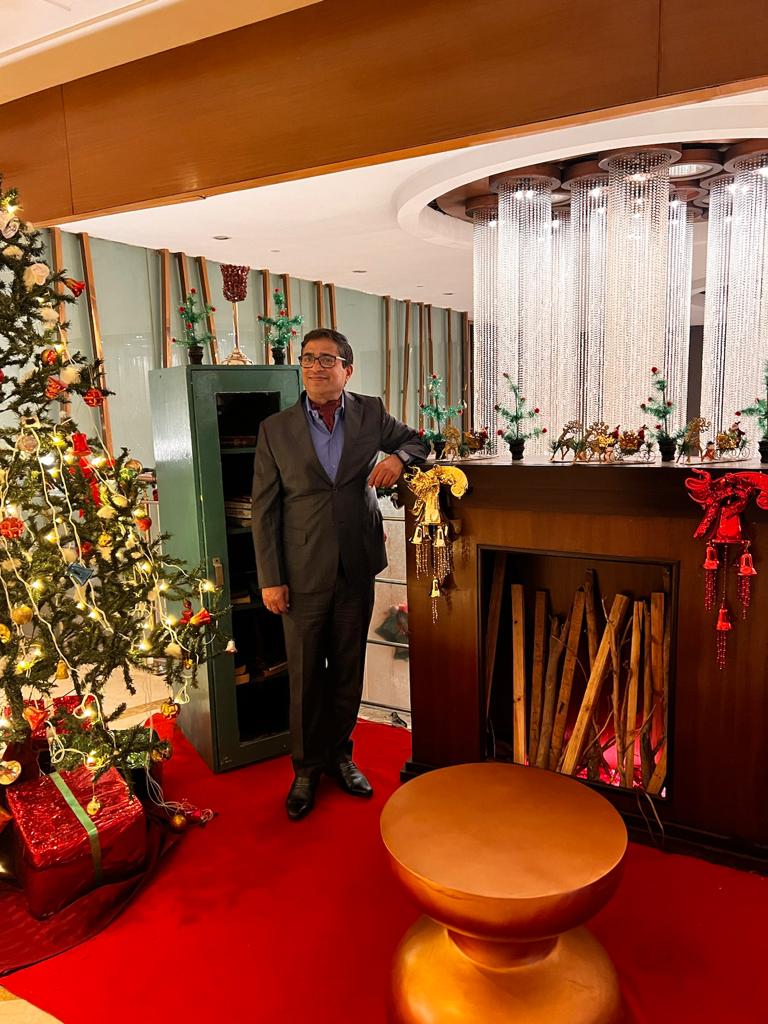 Kunwer Sachdev
Mr. Kunwer Sachdev is the Founder of One of the most well-known brand in Power Back-up Industry – Su-Kam Power Systems Limited and the Mentor of Su-vastika Solar. Kunwer is an entrepreneur, marketer, innovator, motivational speaker, thinker, and leader.

Kunwer Sachdev has been given many titles, such as ‘The Inverter Man of India’ and ‘The Solar man of India.’  He founded Su-Kam Power Systems Limited in the year 1998 and was associated with the company in one capacity or another till April 2018.  As of today, he is mentoring up-and-coming Power Backup & Storage company Su-vastika Power Systems Private Limited (Hereinafter “Su-vastika”).

Introducing the man behind the power backup revolution in India.

Kunwer Sachdev is an entrepreneur, marketer, innovator, motivational speaker, thinker, and leader. He revolutionized the power backup sector in India with innovative and user-friendly products that made India-made inverters a household name not just in India but also in the Middle East, Africa, and Southeast Asian countries, including Bangladesh and Nepal. Due to his contributions to the inverter/UPS and solar sector, he is also referred to as ‘The Inverter Man of India’ and ‘The Solar man of India.’

The story begins in the 90s.

In the 1990s, when India was grappling with electricity problems, Kunwer Sachdev was quick to analyze the unorganized market in the power backup industry, which was in complete disarray at the time with substandard products and local players dominating the market. He was instrumental in transforming the power backup industry into an organized sector by training his team, hiring professionals to organize the products and systems, and creating a service setup that was spread all across India, the Middle East, Africa, and South East Asia.

Philosophy is still driving his life which is full of possibilities and achievements.

“The decisions are not right or wrong; it’s the outcome of those decisions which is right or wrong. That is why I always take decisions considering them to be the important parameter to succeed in life. ” Kunwer Sachdev.

True to his philosophy, Kunwer Sachdev was able to see the possibility in even the most mundane things in life and find out innovative ways of making them useful to mankind. Most of the breakthrough innovations you see in the power backup sector are his brainchild.

He envisioned a ‘Make in India’ company to make a distinguished mark in the global market. So in 2003 he made his then-company Su-kam Power Systems Limited the first company in India to export power electronic products to foreign markets. This was no small feat. It was the first time that he toured various countries with hospitable and inhospitable environments, and faced many issues since there was no precedence from the industry, plus the civil situation in many African nations was unstable, Still, he persevered to make a mark for his products and his country. He swept the international markets in the Middle East, Africa, Bangladesh, and Nepal, where his products are loved for their quality and reliability — so much so that Chinese and American products were completely ousted from these markets.

Even today, Indian inverters and UPS are preferred over Chinese, and for that, huge credit goes to his efforts.

Under the able guidance of Kunwer Sachdev, the company kept expanding quickly and became widely known for its expertise in the solar energy industry. In fact, it also became widely known for filing the largest number of patents in the power backup industry, with, on average, two patents being filed each month – including 76 technology patents in India, the United States, and other countries. This was greatly influenced by Kunwer Sachdev’s innovative mindset and ambitions.  During his tenure, the company became the first to launch plastic body inverters, a product that made it on the list of the top ten innovations of the decade in 2010. The company also introduced innovative products, including India’s first touchscreen Solar PCU with an MPPT solar charge controller that could be controlled remotely using a smartphone and wifi. It likewise introduced solar streetlights using built-in lithium-ion batteries.

Due to a series of unfortunate circumstances, Su-Kam Power Systems Limited went into bankruptcy and Kunwer Sachdev became embroiled in several legal battles and was compelled to leave and disassociate himself from what he considered his own for 32 years of his career.  The legal battles of a single entrepreneur who changed the map of the power backup sector in India continue to date.

The turnaround and a new beginning.

The exit of Kunwer Sachdev from the company he founded and ran from its inception till 2018 left a vacuum for the customers, distributors, suppliers, and others connected with the company. Dealers and distributors, along with the customers, were suffering on one side of the services and materials lying with them unsold, and the customer’s warranty claims were left without any solution.  In these circumstances, after much struggle and challenges, his wife, Khushboo Sachdev, came forward to help and give services to the hapless customers left in the lurch by insolvency proceedings.  With a lot of help and support from friends, distributors, and employees, Khushboo Sachdev started a new venture Su-vastika under the mentorship of Kunwer Sachdev.  Joining Su-vastika as a Mentor.

The products built by Kunwer Sachdev at Su-vastika outsmart many others due to their easy handling and ruggedness. His products do not need any artificial environment like air conditioning; they can work from sub-zero to 55-degree centigrade.

With the speed at which Kunwer Sachdev and his team were building new technologies, he knew he had to do something to protect them. Thus, he started filing patents and, by doing so, became the first Indian entrepreneur to file for technology and design patents in the Indian power backup Industry.

Under his able guidance, Su-vastika made a record for being the only company in the power backup industry to file for over 60 patents, with nearly 2 technology patents filed in a month. At Su-vastika he is continuously coming up with newer patent ideas, not just in the inverter industry but in many other fields related to energy, artificial intelligence, communications, and many more.

His strong business acumen and foresightedness help him to gauge the vast opportunities in the solar sector, where he is completely immersed in. He started working passionately in building world-class solar products and developed some unique solar products that suit the needs of everyone, from a small house in a remote village to big industries.

With a towering personality like Kunwer Sachdev and his able mentorship, Su-vastika is constantly building new technologies and filing patents.

Some of the key products developed by Kunwer Sachdev as a mentor of Su-vastika include being sold under the Su-vastika brand are:

Energy Storage Systems  :  Su-vastika grid-connected energy storage system can support a grid 24×7 by providing frequency and voltage support. ESS can be a great resource for renewable energy (RE) and electric vehicle (EV) integration with the electricity distribution grid.

Solar Compatible EV Chargers: With the push for electric vehicles all over the world, it is more important than ever to think about the source of power. If the electricity a customer is using to charge their electric vehicle is coming from is coal-powered, it is not essentially solving the problem of climate change. Su-vastika has developed solar-powered EV chargers that make power generation clean and pollution free in the true sense.

“I wish to see every household in India get powered by solar energy. I want every business, big or small, to invest in solar energy and reap the seamless benefits of this natural resource.” Kunwer Sachdev

Kunwer Sachdev is once again revolutionizing the power backup sector in India. With so many innovations he is doing with LiFePO4 batteries, he is set to acquire a new title, “The Lithium Man of India.”