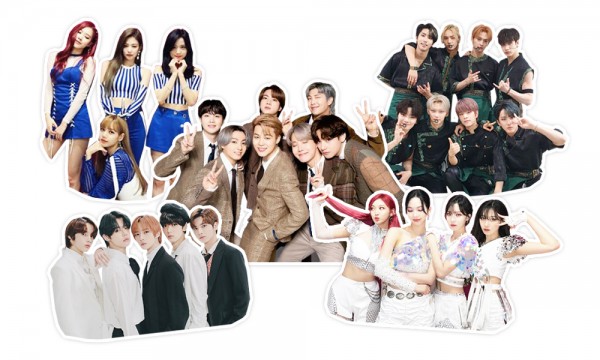 K-pop, or Korean pop music, has such a global reach that even President Joe Biden on May gave the music fans a shoutout. After topping the Billboard chart, BTS held a solo performance at the ‘Grammy Awards’ last month. Also, BTS agency, HYBE, acquired Ithaca Holdings in a $1.05 billion deal. The merger brings together BTS, Justin Bieber, Ariana Grande and other artists under one roof for management, label services and publishing. Currently, it is estimated that there are about 200 million consumers who enjoy K-pop and Korean movies and dramas. K-pop’s digital business model has been expanded to include online shopping malls selling goods for fans, online concerts via real-time streaming, and community platforms for fans. Korea’s digital content market has grown to the fifth largest in the world after the US, China, Japan and the UK. Korea is even called the ‘Silicon Valley of the entertainment industry’.

Today, NFT emerged as the hottest topic in the K-pop industry. It would be impossible for everyone in the business to spend a day without hearing the word ‘NFT’. Even major broadcasting companies and entertainment agencies predict that NFT will become one of their core business models soon. NFT, which stands for non-fungible token, has a rarity as an irreplaceable asset as the buyer’s name, purchase time, as well as price are recorded in the token. Therefore, it is currently spreading mainly in digital art and sports (NBA), and is rapidly expanding. When NFT is sold, a certain amount of profit from the first sale is passed on to the artist and the agency. After that, even if the fan who owns the NFT sells the NFT at a higher price to a third party, a portion of the profit from the sale is passed back to the artist and the agency.

Among numerous K-pop and Hallyu related companies, KStarLive has taken the lead and through aggressive marketing, it received offers from several major marketplaces. KStarLive has announced its global expansion with K-pop NFT. KStarLive has its name as being the largest K-pop and drama community platform with 10M subscribers in social media that creates and delivers Hallyu news in English for fans all over the globe. With KStarLive as a starter, more K-pop related businesses are joining the NFT market.

SBSMedianet’s “THE SHOW”, the first NFT project partner of KStarLive, is the global K-pop music show in Korea which airs in 76 countries around the world. KStarLive plans to strengthen the value of K-pop by distributing the photos and videos of the “THE SHOW” in NFT. In addition, KStarLive will carry out global projects that distribute not only K-pop, but also all Korean cultural contents such as Korean movies, dramas, and artworks in NFT through various partnerships.

According to KStarLive official, “By entering the global NFT market in partnership with KStarLive, Hallyu fans around the world will have a better understanding of the value of Hallyu content and fans will have opportunities to create a whole new revenue source that has never existed before. Additionally, it is expected that this will contribute to the spread of Hallyu and K-pop around the world.”