Now Seeking Community Support via Kickstarter, The Title of This Upcoming Graphic Novel is ‘ADWA: Empress Taytu And Emperor Menelik In Love and War’! 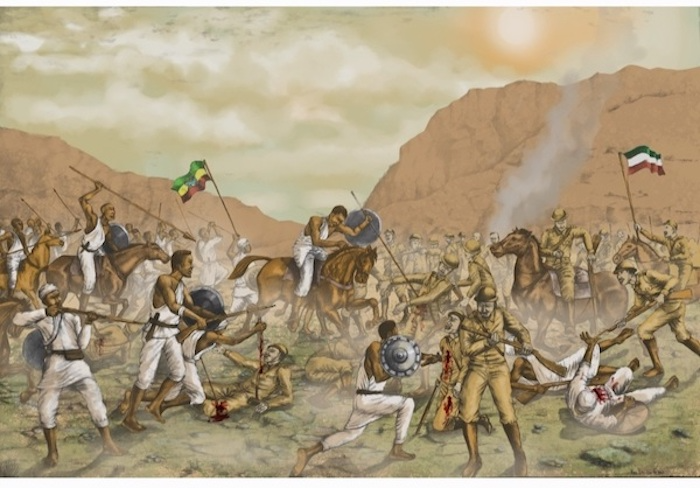 The Italians are routed

ADWA: Empress Taytu and Emperor Menelik In Love and War is an exciting new graphic novel by a US based author and Adjunct Professor of African History at the City University of New York, Milton Allimadi. The “dramatic-history” book is about how the Ethiopian Queen Taytu and King Menelik destroy the invading army of Italy on March 1, 1896 to preserve their country’s independence. This is a largely untold story that Milton hopes to turn into a film after this book. To publish this book worldwide, the author has recently launched a crowdfunding campaign on Kickstarter, and he is welcoming generous support and backing. 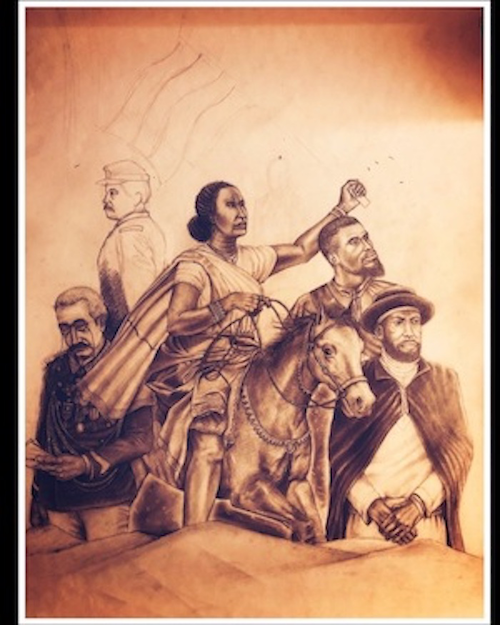 “This book is about a story that the whole world needs to know–how an African Queen and King, in love, halted imperialism on its track by annihilating the invading Italian Army,” said the author Milton Allimadi, while introducing this project to the Kickstarter community. “The Battle of Adwa was a great victory for Ethiopia, for the entire continent, and for the global African diaspora,” the adjunct professor of African History added. According to the author, this war brought a humiliating defeat for European imperialism and the ideology of white supremacy.

www.kickstarter.com/projects/miltonallimadi/adwa-ethiopias-queen-taytu-and-king-menelik-destroy-italy and backers from around the world can become a part of this project by making generous pledges and donations. The goal of this Kickstarter campaign is to raise a sum of US$ 15,750 to cover production including full-color artwork and printing of the book. The author is offering a wide range of rewards for the backers including the signed copies of this “dramatic-history” book with nationwide shipping across the United States. There are  spots for two major donors to have their names on the front-cover as “co-producers.”

More details are available on the Kickstarter campaign page of the project.

“ADWA: Empress Taytu And Emperor Menelik In Love and War,” is an upcoming graphic “dramatic-history” book about the largely untold 1896 story of how an African Queen and King in love stopped the invading European forces from Italy by handing them a historic defeat. Currently being crowdfunded, the book is written by an adjunct professor of African History at the City University of New York (CUNY), Milton Allmadi.