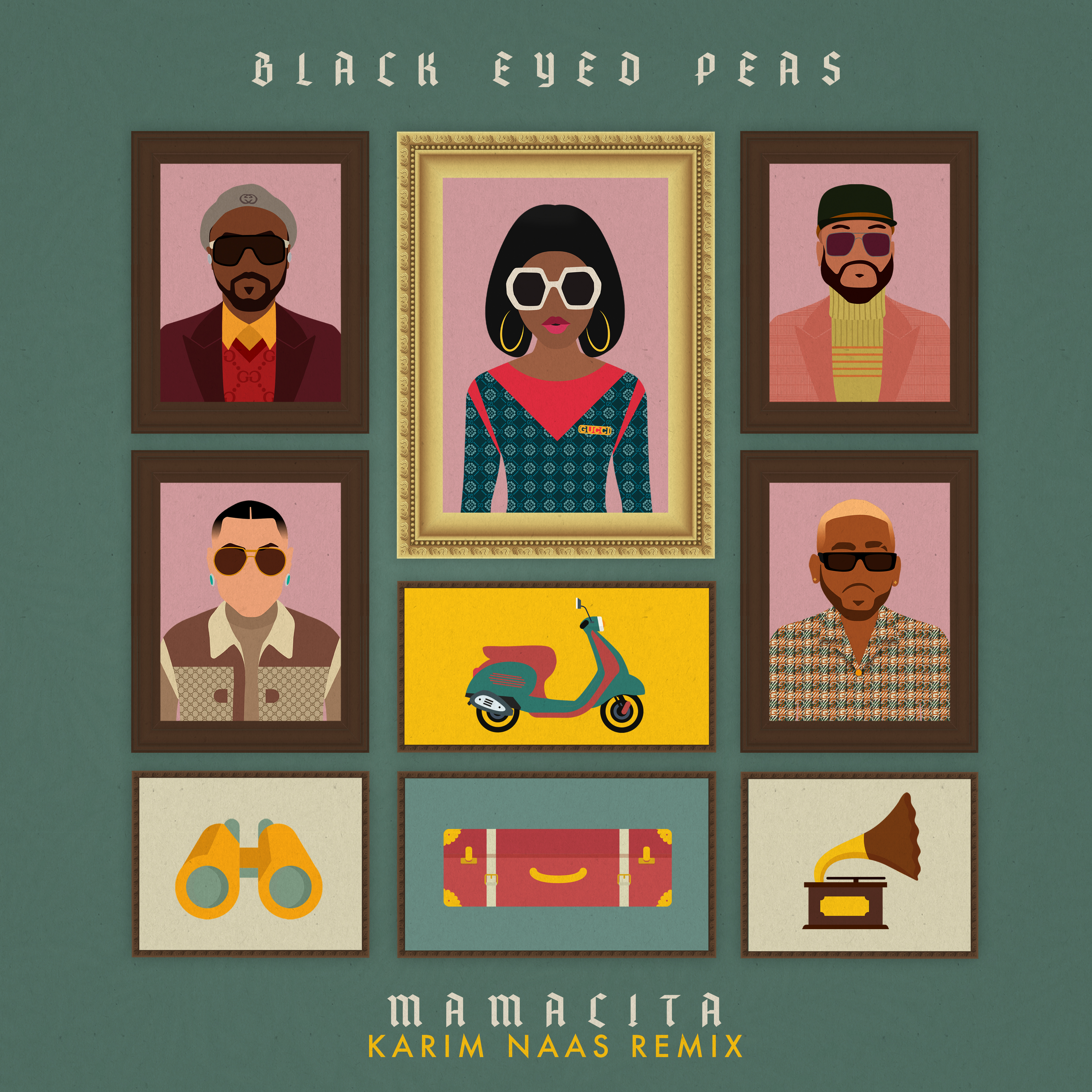 Today, Karim Naas releases an official remix of MAMACITA by Black Eyed Peas, Ozuna and J. Rey Soul. The remix is part of the MAMACITA – House remix package, and is available today on all streaming platforms.

The original version of song had been released by Black Eyed Peas, Ozuna, J. Rey Soul on April 10, 2020 and has already cumulated millions of streams.

A premiere for Naas

At only 20, Naas has already worked with some of the biggest producers, singers and songwriters of our time – Sean Paul, Tainy, Inna… MAMACITA is Karim Naas’ seventh official remix this year. The single follows powerful dance tracks including “UP” feat. Myah Marie and “STEEL”, and most recently his official remix of “I NEED A MIRACLE” by Tara McDonald.

Black Eyed Peas is an American musical group, consisting of rappers will.i.am, apl.de.ap, Taboo and J. Rey Soul. Black Eyed Peas’ first major hit was the 2003 single “Where Is the Love?” from Elephunk, which topped the charts in 13 countries. Their fourth album, Monkey Business, was an even bigger worldwide success, and became certified 4× Platinum in the United States. In 2009, the group became one of only 11 artists to have simultaneously held the number-one and number-two spots on the Billboard Hot 100, with their singles “Boom Feeling”, which topped the chart for an unprecedented 26 consecutive weeks.

The album The E.N.D. produced a third Hot 100 number-one placement with “Imma Be”, making the group one of few to ever place three number one singles on the chart from the same album, before being followed with “Rock That Body” and “Meet Me Halfway”, which peaked in the top 10 of the Hot 100. At the 52nd Grammy Awards ceremony, held in January 2010, they won three awards out of six nominations. In November 2010, they released the album The Beginning. In February 2011, the group performed at the Super Bowl XLV halftime show. In June 2020, Black Eyed Peas released “Translation” that includes the single “Mamacita” ft Ozuna and J. Rey Soul.

Karim Naas is one of the most promising electronic dance/club music producers and DJ of his generation.