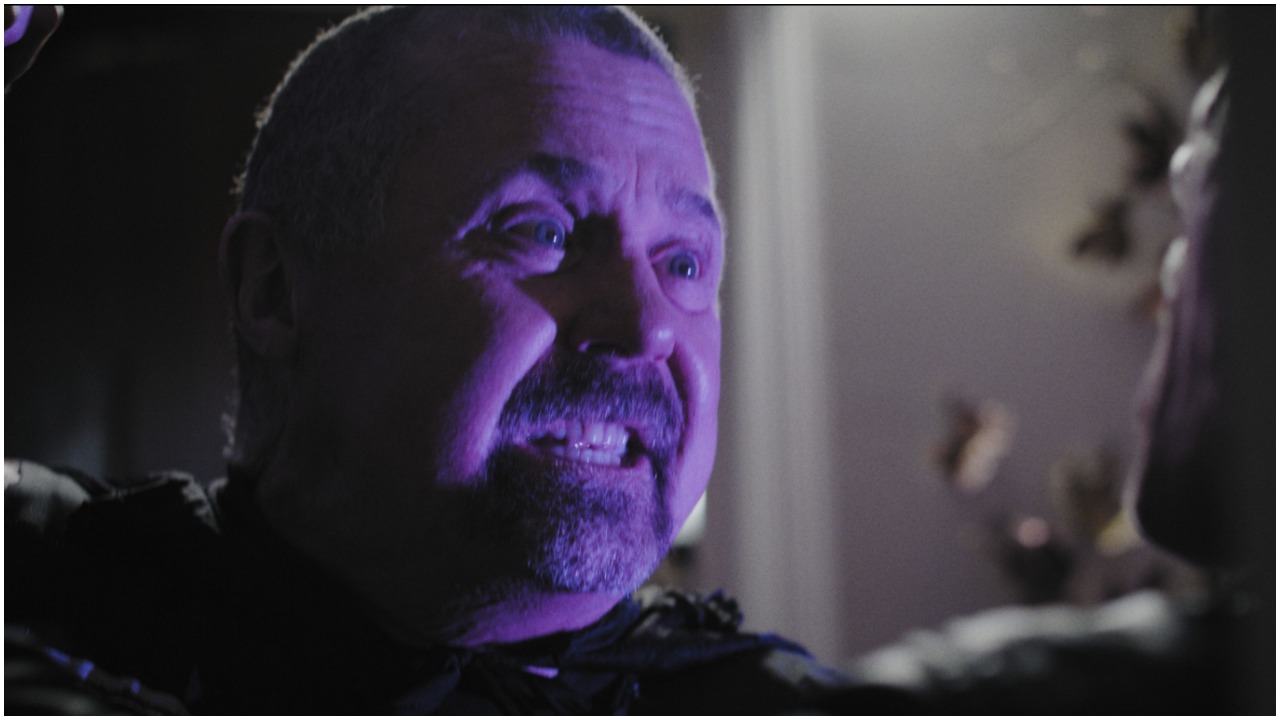 Out now from Gravitas Ventures

From writer/director Jess Norvisgaard, and featuring a who’s who of horror, witness THE GOOD THINGS DEVILS DO this August from Gravitas Ventures.

Linnea Quigley (Silent Night, Deadly Night), Kane Hodder (Jason X) and Bill Oberst Jr (3 From hell) realize that breaking in was easy but breaking out is going to be hell.

Hodder, best known as Jason Voorhees in the Friday the 13th series of films, said in a recent interview that the film was a joyous reunion between convention buddies.

“It’s always fun working with Bill, and Linnea”, says the actor in the chat with AINT IT COOL. “We’ve done projects together, and lots of conventions, of course.

Hodder plays, not surprisingly,a  bad guy in the film.

“[He’s] Really evil. What I love about it is the director, Jess (Norvisgaard ), gave me a scene where I have two people captive and I’m talking to them, and it’s an over three-minute scene where I’m the only one talking and the camera never cuts, one take.

Man, an actor dreams of that because it really gives you a chance to invest yourself in the dialogue. There’s no cutting, there’s no flipping around to the other side or anything. It’s a three-minute scene, and I’m extremely happy with it.”

Richard, a small-time gangster is retiring. Before he can, he must take one last job: to steal money from a rival gangster’s house. Miles apart, Melvin is a reluctant family man who has dreams of becoming a famous curator for his Museum of the Macabre. His newest acquisition? The remains of the notorious Masquerade, a vampire born from the embers of hell, slain centuries ago. On Halloween Night, their paths will collide and they’ll be forced to work together to fight centuries-old evil with everything on the line.

The deal with Gravitas Ventures was negotiated by Jeffrey Cooper of Cut Entertainment Group.