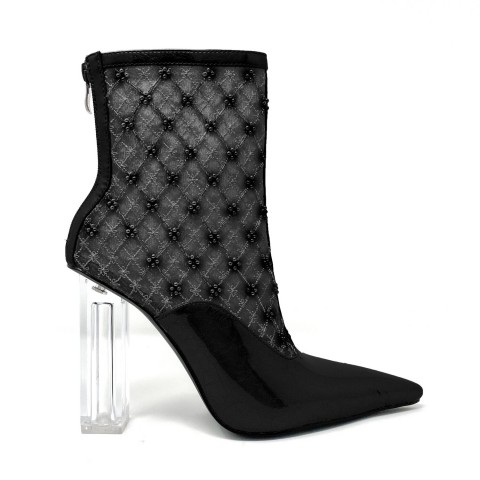 With their vibrant colors and impeccable details, it’s obvious why celebrities and influencers are showing off their feet in this emerging designer’s shoes

Fashion is one of the most competitive and alluring fields out there and to make a name for yourself is almost nearly impossible unless you are already fame related. With her incredible passion and talent, this twenty four year old shoe designer has made a name for herself by thinking incredibly outside the box.

Paradise Valley-native, Joan Dominiqué, studied and graduated at Parsons the New School for Design located in New York City and soon after university, she founded her namesake shoe brand.

With little to no guidance, Dominiqué has been able to build a local shoe empire thriving especially in the Phoenix, Los Angeles, and New York communities and it is exponentially growing.

When Joan Dominiqué launched her St. Valentine Collection, STRUCK on Instagram, the style sold out in 36 hours. It was against all odds, but her name and her brand have garnered so much traction within these local communities that it is propelling her to new heights. Since then, the American-Canadian shoe designer has been working on very charitable projects such as PROJECT G. Where the designer is working on creating kid’s shoe drawings into a reality and the selling the product online. The proceeds benefit the funding of a community center for a local nonprofit in South Phoenix.

Joan Dominiqué’s Signature style? There are a few icons of her fantastical footwear but the most coveted is PSYCHE, the transparent heel triple-monk- bootstrap bootie featured in vivid red, black and white. The monk strap is inspired from her background in men’s footwear. Her experiences working for top-tier designers such as Alice + Olivia, DVF, Meissen, and Kenneth Cole have all contributed to the designer’s knowledge and success at such a young age. No wonder why she’s Instagram is falling for her and her shoes.