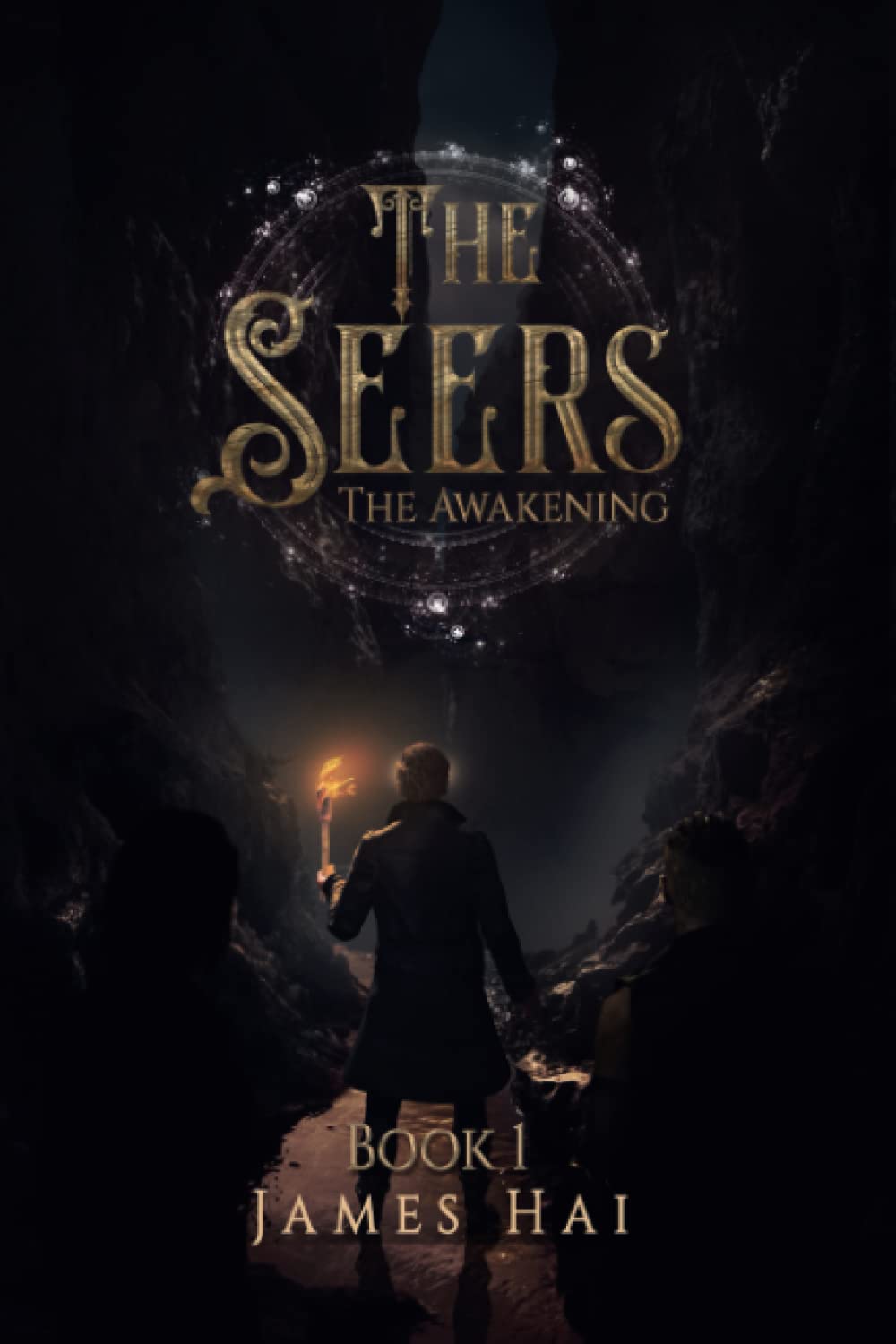 It’s a race against time across the globe in search of the very last ancient remnants, key to humanity’s survival, left behind by the Original Seers, lest it get into the wrong hands.
“The Seers – The Awakening” is the new Sci-Fi Fantasy thriller from prolific author James Hai. It captures a classic struggle between good and evil as the central character Kyle Winn discovers a supernatural world of the future.

Milwaukee, WI, USA – December 23, 2022 – Through the years of working in the corporate world in recruiting, sales, and business, James Hai, author of the newly released book “The Seers: The Awakening,” learned the importance of storytelling. Key to Hai’s success in all those fields was his ability to tell a good story (of the company, of the people, of the product, and of the services he worked for) that allured and intrigued the customers enough to give it an ear to learn more. “My storytelling gift has always been a part of me,” says Hai. From his earlier years as his family fled as refugees with the eventual opportunity to live the American Dream to his present-day writing novels, Hai continues to hone this skill. During his secondary school years, living away from home and being raised by the SVDs (Society of Divine Word), a religious and dedicated organization of men and women who train people to be religious and spiritual in their own unique way until his graduation earning a bachelor’s degree in Philosophy and finally moving back to secular life, he has relied upon his storytelling abilities.

Hai’s journey of storytelling began early in life. Hai says, “After orally telling short random stories for so long, my family and friends suggested I share those stories with a broader group. That meant writing and publishing.” Today, Hai concentrates on sharing newly created stories with the inspiration of giving inspiration, shedding light in times of darkness, and giving hope when it seems hopeless. “Life can be good if you know how to appreciate it!” says Hai.

The Seers – The Awakening

Shedding light unto the darkness overpowering the globe and all its elements, the Seers face a losing battle against the Corrupts, who crave nothing but wealth, world domination, and a bleak universe of despair under their control. Kyle Wynn, who dives deep into the distorted life of a new Seer, learns as much as he can from the last remaining Elders, Seers as well as fellow-Seers, even if it means leaving behind everything, he once believed in. While embarking on a crucial mission to keep the Corrupts at bay, the Seers try to strengthen their numbers before they come face-to-face with the Corrupts. Fearing the massive, inevitable coming battle may be their very last, the immortal war threatens not only the pillars of Earth but existence in its entirety.

It’s a race against time across the globe in search of the very last ancient remnants, key to humanity’s survival, left behind by the Original Seers, lest it get into the wrong hands. 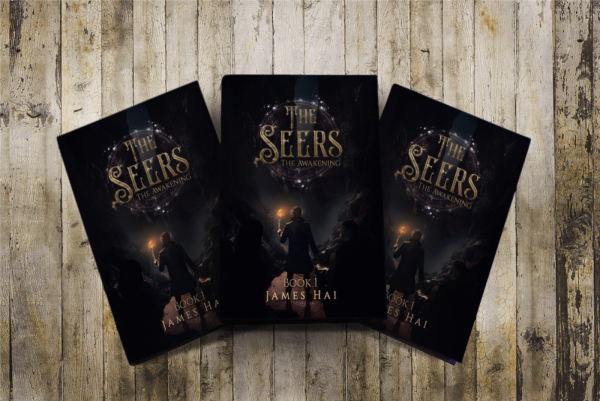 “While Sci-Fi and fantasy fans will recognize these classic struggles between light and darkness, Hai’s tales have a remarkable human character to them. Readers find it easy to relate to the characters, their thoughts, struggles, and emotions. He uses real-life experiences as a starting point for developing more elaborate, dramatic, and interesting fantasy characters and storylines.” Kevin Nunley

“I really like this element! Definitely a hero’s journey and an adventure! I think the story is set up well and mostly flows, and the action, characters, and dialogue drive the plot forward. I like the characters, and the concept is really interesting! I think there are a couple of elements from other sci-fi/fantasy/magic realism that were like other stories. Still, I think that there is enough variation to make them their own.” Amy V Write

“Overall, I think the tone is pretty consistent. I think there were fun ideas—I liked the Seers vs. Corrupts, I liked the mythos and the elements, and I love a good jaunt off to the jungle temple. I think there were a lot of good descriptions throughout, and clearly, a lot of thought went into the world/setting and the backstory for some characters. Good world-building, fun powers, and ideas.” Ezra Industries

“For those who are willing to take it in, they will find it well worth it. The POV used is great for what it is. Seeing Kyle’s internal thoughts and outlook gives one a good perspective and viewpoint to look at things as they unfold. You switched between voice and tone well, helping the reader to better grasp the ideas presented. The tone is consistent in the sense that when Kyle is the focus, the voice matches, and when perspectives change, the voice changes to match what is being presented. The POV works. As one reads, one gets a true sense of how Kyle sees things unfold and how that affects him. You put the reader in the driver’s seat, which makes the book more interesting. THPeditingServc

“I liked the concept. It’s a classic good vs. evil that everyone likes to read/watch. The thought that our everyday actions could be impacted by invisible beings/thoughts/whispers was pretty interesting. it’s pretty cool and sounds super fun, especially the courtroom scene and him meeting Nova.” Brenna_Fowler26 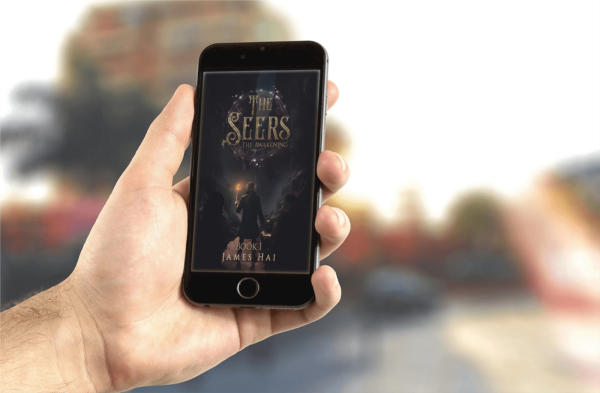 James Hai is a new author who has written several fictional suspense and Sci-Fi thrillers, hoping to bring them to life. James has dabbled in the arts of various kinds as a child, from drawing, painting, and writing lyrics and songs during grade school years to singing horribly and loudly to the tunes of many oldies – like Whitney Houston, Elvis, Madonna, Roxette, Bette Midler, Cindy Lauper, Tina Turner and even earlier songs like Patsy Cline and Ben E. King, only because the songs had meaning in words. Thus began James’ passion for words . . . writing. Before he could even write his first piece of lyrics or stories, he had made up short stories and orally told them to family and friends throughout the years. In telling these stories, he saw how alluring and intrigued people got when they listened to or heard a GOOD story. The better the story was, the more intent they focused and the longer they gave attention to it.