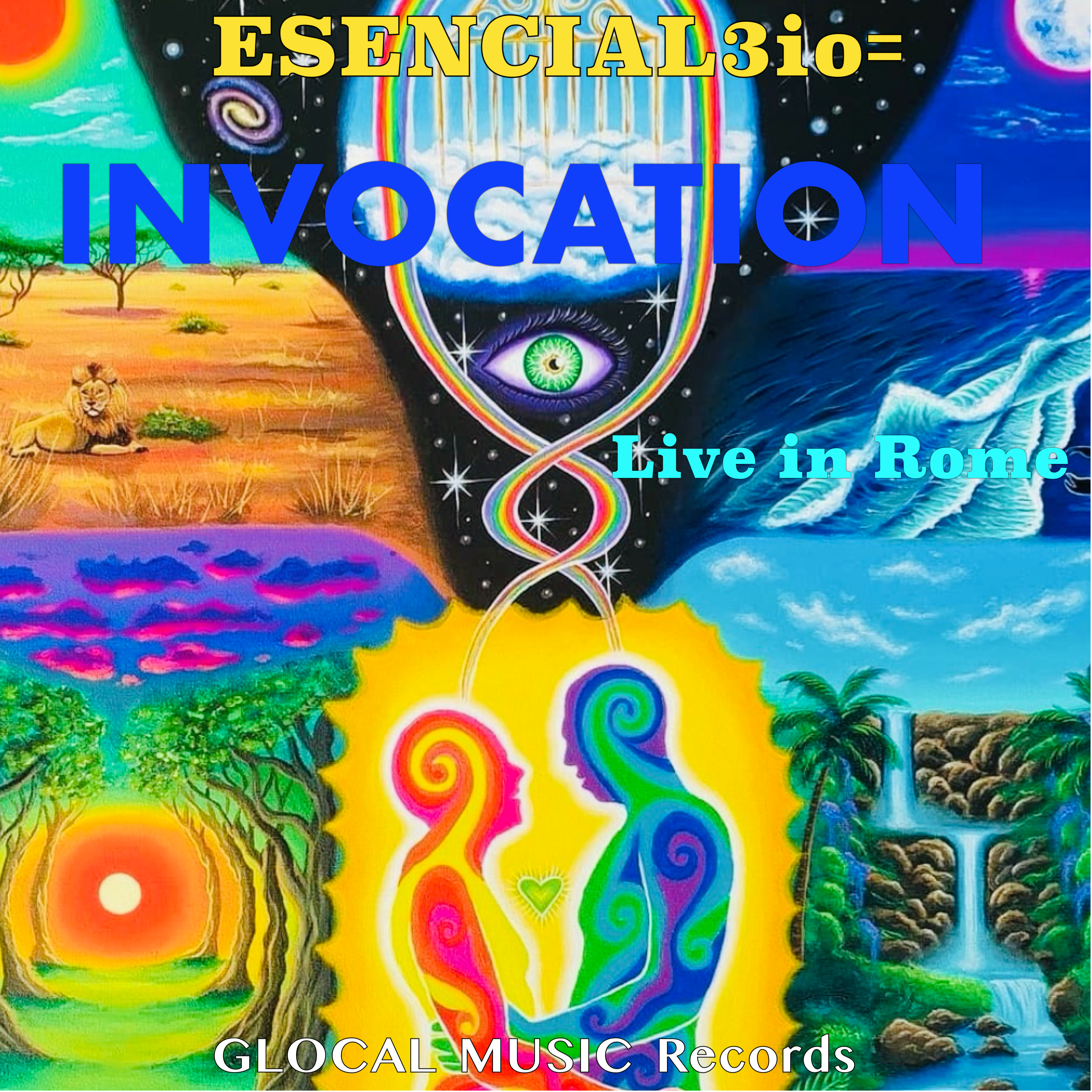 INVOCATION the latest Live Album by ESENCIAL3io=
Put together these three cats of Electronic Global Music, (a mix of electronica, world-music, jazz and experimentation) and the Alchemy of the sound colors of this magical trio materializes in a game of essences that immediately makes the listeners’ imagination travel.

INVOCATION (Glocal Music Records), is the evocative title of the ESENCIAL3io= live album to be released on October 3, 2021 on Spotify and all the digital music streaming services around the Wolrd.

INVOCATION was recorded last summer during a live performance by ESENCIAL3io= at the CIBALDONE MUSIC FESTIVAL 2021 on the banks of the Tiber River in Rome.

Three musicians: Giovanni Imparato, who has dedicated his entire life to Yoruba music that is lost in the mists of time and to all the derivations of this music in the contemporary field; Marco Cappelli, eclectic guitarist very active on the New York City avant-garde scene that revolves around John Zorn; Louis Siciliano on synthesizers, keyboards and electronics, a musician who has always been looking for points of contact between the music of the North and South of the world, of the East and of the West, crossing cultural borders, historical eras, styles and languages.

Put together these three cats of Electronic Global Music, (a mix of electronica, world-music, jazz and experimentation) and the Alchemy of the sound colors of this magical trio materializes in a game of essences that immediately makes the listeners’ imagination travel.

We can define this artistic experience as MUSIC OF THE HERE AND NOW.

It is composed in real time by a continuous etheric exchange between the three performers and the audience.

The flow of the songs is directed by a hypnotic trance state that opens wide the doors of intuition of both the musicians and listeners.

This music lives off of live performances,  nourished by the rituality of the concert.

Its strong energetic charge is released onto the audience when it is performed.

It’s a music of action, of intuitive impulses, which requires a great deal of openness and deep trust among the musicians as they fling themselves into the unknown, without a safety net.

Listening to this album, the listener is captivated by new and different sensations that project into the heart a sound painting with changing colors, where time dilates and consciousness opens to empty infinity.

A journey into the journey that every listener embarks on in total freedom, adding essence to the essences and drop by drop, merging into the great ocean of sounds that ESENCIAL3io= manages to evoke and invoke.

A decidedly innovative and non-stereotyped project that brings listeners closer to this new way of thinking and enjoying Music, without distancing them, as the influence of many ‘experiments’ has tended to do to the public over the last thirty years.

So first listen to the album first, and then to the concert as soon as possible.