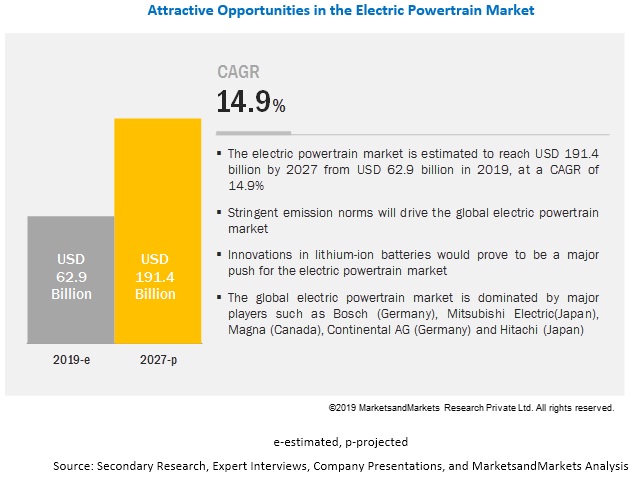 The increasing shift toward connected specialized vehicles and surveillance systems in public transit would drive the in-vehicle computer system market. The demand for telematics-based vehicle management services is expected to rise with the growing preference for fleet optimization.

Most of the in-vehicle computer system manufacturers offer RAM configuration of up to 8 GB as base models. These computers are often paired with low power Intel Atom processors and designed for very specific automotive applications such as vehicle tracking or vehicle diagnostics. In the present scenario, such applications demand minimal computing. Hence, an in-vehicle gateway with a lightweight Linux distribution and 8 GB ram would meet the demand. In addition, these computers are inexpensive and require very little maintenance.

One of the major applications of vehicle tracking solutions is in emergency rescue vehicles such as ambulances. Time is a very critical factor in medical emergencies. Hence, major healthcare institutions have proposed to deploy connected ambulances where a preliminary diagnosis can be performed before reaching hospitals. In-vehicle computers would function as a connection hub between the ambulance and the hospital. These computers can be configured with multiple PCI (peripheral component interconnect) sockets to connect various wireless networks. Multiple connectivities help in load balancing where network load is distributed among available networks to gain more speed. More such implementation of vehicle computers in emergency vehicles would drive the demand for vehicle computers with lower RAM configuration.

The safety computer segment is the largest due to the increasing focus on advanced safety features in upcoming vehicles. With growing concerns over road and traffic safety, OEMs are planning to add more ADAS features in upcoming vehicles. ADAS technologies can improve driving by making it safer and more comfortable. Driver distraction and drowsiness are the most common reasons for fatal road accidents. Governments of several countries have mandated safety features in upcoming vehicles to minimize incidents of over-speeding and fatal accidents. According to a report by the European Automobile Manufacturers’ Association (ACEA), speeding is the main reason behind 30% of all fatal accidents in Europe. The authority also proposed to implement speed limit information (SLI) systems and intelligent speed assistance (ISA) in upcoming vehicles. ISA prevents the driver from over speeding using road sign recognition cameras and GPS-linked speed limit database. These regulations would enforce OEMs to equip camera-based advanced safety features that would require GPU-driven in-vehicle computers for AI-based applications. Likewise, the European Commission adopted a proposal in May 2018 for passive and active safety improvements to reduce accident-related injuries and better protect vehicle occupants, pedestrians, and cyclists. The features include advanced emergency braking, emergency lane-keeping systems, and improved car crash tests. Automotive manufacturers need to abide by the new mandates to improve passenger safety. Hence, the adoption of advanced safety features would play a pivotal role in the growth of the in-vehicle safety computer system market.

North America is expected to be the largest market by 2025

North America is estimated to lead the market due to the development of autonomous driving and demand for in-vehicle computer systems in law enforcement applications. Major OEMs and e-hailing service providers such as General Motors, Ford, Uber, Lyft, and Waymo have launched Robo-taxi trials in the US. Passengers can hail a self-driving cab from a dedicated application. The US became the first country to fully deploy Robo-taxis for public transportation on a large scale. OEMs such as Tesla and General Motors have plans to deploy fully autonomous cars on the road. Such initiatives would escalate the demand for High-Performance Embedded Computing (HPEC) platforms. These high-performance in-vehicle computers are designed for parallel processing to facilitate AI applications such as machine learning and deep learning or Convolutional Neural Networks (CNN). Thus, the emergence of autonomous driving in the region would play a major role. Such embedded systems are high margin products compared to in-vehicle computer systems deployed in fleet management or passenger information systems. In addition, these systems would have a major market in law enforcement vehicles. Systems capable of ANPR and facial recognition would be incorporated in police patrol vehicles for real-time surveillance and safety. Increasing developments in autonomous driving and adoption of high-performance computers in law enforcement applications would help the North American in-vehicle computer system market keep its leading position during the forecast period.