It is no secret that crypto entrepreneurs and ventures have been moving to the Caribbean. Exchange FTX recently relocated to the Bahamas. Other island nations have been seeking to be at the forefront of innovation, with Barbados recently opening an embassy in Decentraland, a crypto metaverse. Puerto Rico has become a U.S. tax haven for the crypto wealthy. Justin Sun, founder of the Tron cryptocurrency platform and one of the more high-profile individuals in the digital-asset world, said he’s embarking on a new career as a diplomat for the Caribbean nation of Grenada.Then there’s Mac McClafferty, the charismatic founder of a relatively small private equity firm located on the Caribbean Island of St. Thomas in the U.S. Virgin Islands. 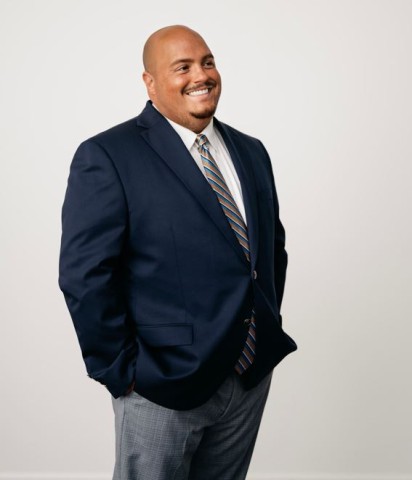 McClafferty’s firm, Mac Private Equity, Inc., operates on allocations from New York City hedge funds such as Point72, Citadel, and Anchorage Capital instead of managing investor money. While there is no way to determine exactly how much capital Mac Private Equity manages as it’s regulatorily exempt from public filings, industry experts put the operation at somewhere between $50 million and $80 million; a modest operation in comparison to the likes of Blackstone, a private equity firm with roughly $127 billion in assets under management. Yet, it is believed that McClafferty is quarterbacking the “cryptonization” of the Caribbean.

How you might ask? Well, the answer may lie in McClafferty’s background as a lobbyist. Prior to entering the world of private equity, McClafferty was a rising star in Ohio politics, and a very successful government relations professional (lobbyist). Those who know him will tell you that while McClafferty is “extraordinary” with numbers, his true gift is his ability to organize.

“If you want to do crypto-related business in the Caribbean, you’d be a fool not to sit down with [Mac McClafferty] first.” Said Justin Sun, the Tron billionaire who considers McClafferty to be a close friend and ally. “The Caribbean has a huge potential to become a very good place for entrepreneurship, and also be the next Singapore,” Sun added. “The reason is, Caribbean states are very close to the United States, which I think is very important. But also, it is important you are not in the United States. If you are in the United States, you are going to fall into a lot of very strict regulation, and also taxation. In the U.S., the regulatory environment is not good to cryptocurrency. Mac is a master at navigating these uncharted waters and has built a network across the Greater and Lesser Antilles Archipelagos that provides the institutional, political, and logistical support necessary to operate in this part of the world successfully.”

Juan Mario Gutierrez, a professor of cryptology and computer science at Instituto Tecnológico de Santo Domingo, jokingly refers to McClafferty’s consortium of crypto-barons in the Caribbean as the “Crypto Mafia” and believes that McClafferty is strategically recruiting associates and spreading them throughout the Caribbean in an effort to tokenize, and therefore monetize, the debt of these third world island nations. “It’s all about tokenization of debt,” said Gutierrez. “Whoever figures out how to tokenize the debt of the Caribbean on a large and organized scale will stand to make billions.”

In finance, debt products rely on regular dividend payments, but long settlement times and manual processes slow the issuance process down. Middlemen compound the problem by charging significant fees for these services. Tokenization allows debt issuers to alleviate these inefficiencies through automation.

“There is no doubt that there is an organized effort to tokenize debt in the Caribbean, that it will be very profitable for who leads the charge, and that it will provide sovereign island nations a financial tool to grow their economies without being crushed by usurious interest rates in the bond markets.” Says Hans-Joachim Voth, Professor of Economics at the University of Zurich.

McClafferty declined to comment citing ongoing negotiations with various island governments, and instead referred us to his attorneys at Quintairos, Prieto, Wood & Boyer, P.A.

As of 2020, McClafferty is believed to have an approximate net worth of $20 million USD.