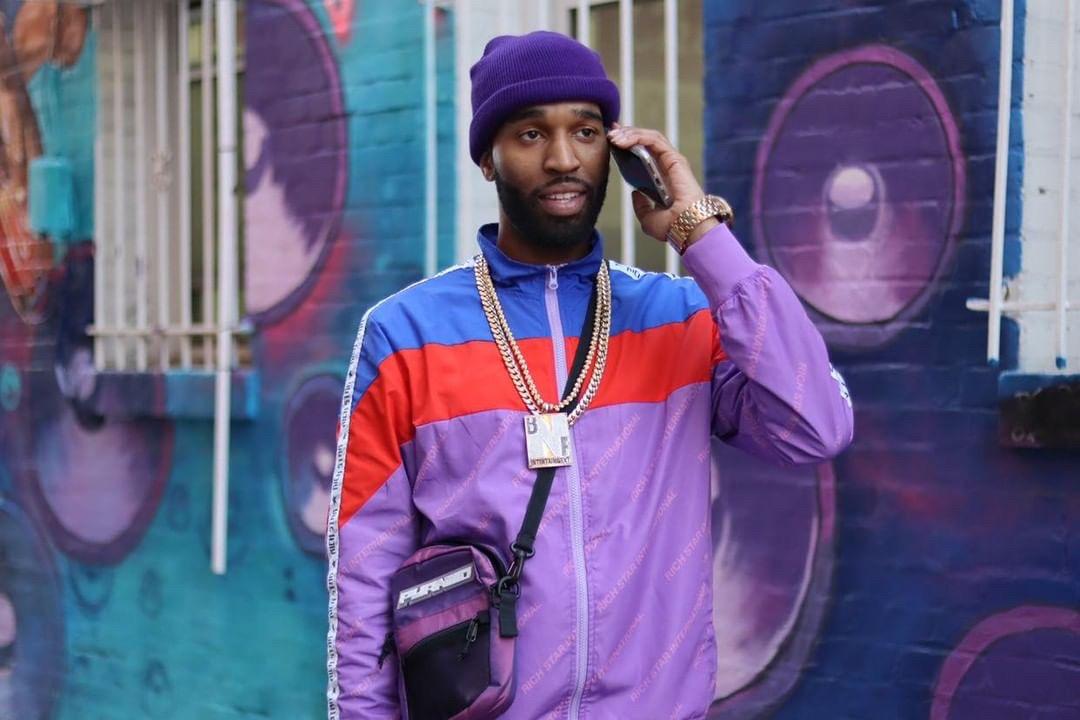 Vincent Romel Irving Jr., better known by his stage name CeoSonSon, is an unsigned HipHop/Rap artist, born on April 14, 1989, at Holy Cross Hospital, he grew up, intermittently, in all four quadrants of Washington, DC. Ceosonson was raised in a single-parent household, with his mother and three sisters. He is the only boy and falls second in the line of his siblings. Although a junior, unfortunately, CeoSonSon never had a close-knit relationship with his father. But he was Blessed to have his paternal grandfather in his life, who stood in, in his father’s stead.

CeoSonSon was reared up in the Christian Faith and attended “The Temple of Praise”, regularly, and because of his Spiritual teachings, he hasn’t had any legal issues. For the most part, he is considered an all-around peaceful, respectful and loyal individual. He had his only daughter, who is the apple of his eye, at the tender age of 14. He attended Wilson Senior High School, but because of the need and call, upon his life, financially, he was not able to finish.

Nevertheless, CeoSonSon, never had to sign a major record deal. Instead, he built his own record label and brand by himself; from start to finish. Without any pre-existing knowledge of exactly what was necessary, for him to flourish, and be successful. With determination and dedication at the forefront of his endeavor, little by little, he purchased all the materials for his home-based music studio. There he worked tirelessly, at crafting and perfecting each sound in his catalog, housed with BMI (Broadcast Music, Inc.), and widely available for the world’s enjoyment.

Tired of living the street life that would only lead him to a predictable future; in 2015, CeoSonSon began to reevaluate his life. He pressed forward toward his, once buried/hidden dreams and aspirations. This caused him to start focusing his time, energy and money into his creative talents, gifts, and skills. Over the past 4 years, he has elevated tremendously; and touching the masses, by way of Sirius XM, Shade45 and HipHop Nation.

CeoSonSon had the pleasure of being invited to and attending the BET Awards, where he sat front row, in the compliments of Georgia’s own rapper 2 Chainz, who Graced him with a selfie. Afterward, he surprisingly got a flick with the gorgeous singer Alicia Keys. Undoubtedly, this was an experience of a lifetime for him!

His mixtape entitled “1 Year Later” was released on January 20, 2016, and hosted by DJ Holiday. Then in early 2017, he shocked the world with “Trenches” (ft. DC’s own Lightshow) and flowed right into “Nonsense” (ft. XXL Freshman G Herbo). On  7/17/17, he dropped his radical single “I GOT ISSUES”, which did CRAZY numbers on multiple streaming platforms, and alongside many other singles, that’s kept his Sonniyoos overjoyed, just this past November he gave them the jewel “Ryder”, with the visual arts, of the same title, scheduled for early 2020. Then, his EP “Dewi” will fall in succession by April.

With his heart in his music, and a drive to inspire the world, CeoSonSon is sure to become an influential member of the HipHop/Rap scene for many generations to come.

Listen to his music on Spotify here: CeoSonSon on Spotify