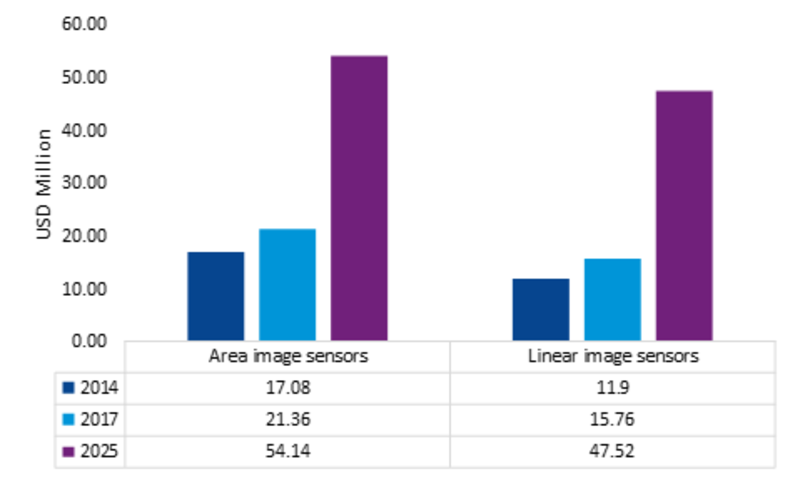 The global In GaAs Image Sensors Market is spanned across North America, Europe, Asia-Pacific, and the rest of the world. North America is expected to be one of the largest markets for image processing technology research, with a significant growth rate during the forecast period. North America is categorized into three regions—the US, Canada, and Mexico. During the forecast period, the US is expected to be the leading region, growing at a CAGR of 11.3%, followed by Canada with 15.2% and Mexico with 14.1%. The growth in this region is driven by the presence of key players in the field of military and defense, scientific research, and industrial automation in the country. Moreover, increasing investments from the military and defense sector is further expected to propel the InGaAs sensors market in North America in the near future.

On the other hand, Asia-Pacific region is expected to witness the fastest growth of InGaAs image sensors owing to the growing adoption of automobiles and consumer electronics such as camera and mobile phones in China, Japan, India, and Taiwan. The region comprises a large number of major InGaAs image sensor manufacturers. Thus, it becomes convenient to set up production facilities when compared to other regions and the availability of low-cost labor are some other factors fueling the growth of InGaAs image sensors market. Also, the progress of third-generation wireless development in China is encouraging local smartphone manufacturers to add superior camera functionalities to their phones, which has increased the demand for InGaAs image sensors. Moreover, these sensors have applications in food sorting, waste management, precision agriculture, machine vision, and medical diagnostics. China, Japan, India, Taiwan, and South Korea are the major revenue contributors to the market in Asia-Pacific. Additionally, these countries have a wide range of consumer electronics manufacturing units which further contributes to the market demand of these sensors.

InGaAs image sensors market by region has been segmented into North America, Europe, Asia-Pacific, the Middle East & Africa, and South America. North America accounted for the largest market share of 33.08% in 2017, with a market value of USD 12.28 million; the market is expected to register a CAGR of 13.4% during the forecast period. Europe was the second-largest market in 2017, valued at USD 10.65 million; the market is projected to exhibit a CAGR of 14.00%. However, the market in Asia-Pacific is expected to register the highest CAGR of 16.10%. The growth in the North American region is driven by the presence of key players in military and defense, scientific research, and industrial automation. Moreover, increasing investments in military and defense is further expected to propel the InGaAs sensors market in North America in the near future.