The goal of Kombo King is to fight as many enemies and score as many combos as possible. Kombo King is an action-packed, intense arcade platform fighting game with a fast pace and an interesting storyline. Kombo King stars Chi, the last member of a warrior clan who is on a mission to avenge his family and restore his clan to its former glory. The combination of high-quality graphics, riveting storylines, and responsive and smooth game control make Kombo King a great game to try. 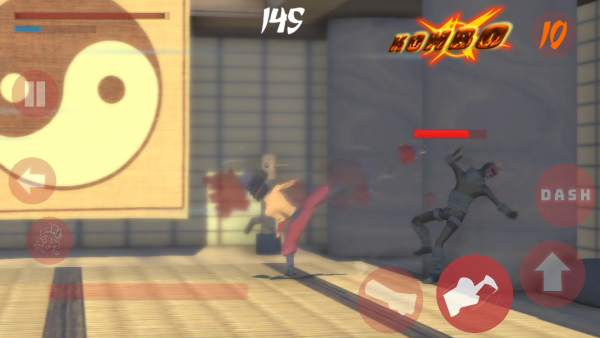 Kombo King was created following the release of several other games that are available for download, including Senses, Nova Slash, and Beany Beans. With each new game, Terrence solidifies his style and offers a great gaming experience. “I’m an indie game developer who’s been in the business for three years now publishing games on Google Play and the Apple App Store,” says Terrence. “Building games has always been fun for me, and I decided, what’s better than making a career out of something you love doing?” Terrence will continue doing what he loves, creating new stories, and designing new games.

Kombo King is available for download on iOS and Android. To learn more about Terrence Williamson and Icuzo LLC, please click here.

About Terrence Williamson and Icuzo LLC

Icuzo LLC was founded in 2017 by Terrence Williamson, an indie game developer with several years of experience. Thanks to the fantastic graphics, riveting stories, and high entertainment value of the games they create, Icuzo LLC quickly gained popularity, growing to become an established online gaming studio. The talented team at Icuzo LLC works hard to create a one-of-a-kind gaming experience for gamers of all levels. Icuzo LLC is constantly looking to the future and finding ways to use its talents to bring stories to life and games to different consoles and other handheld devices.