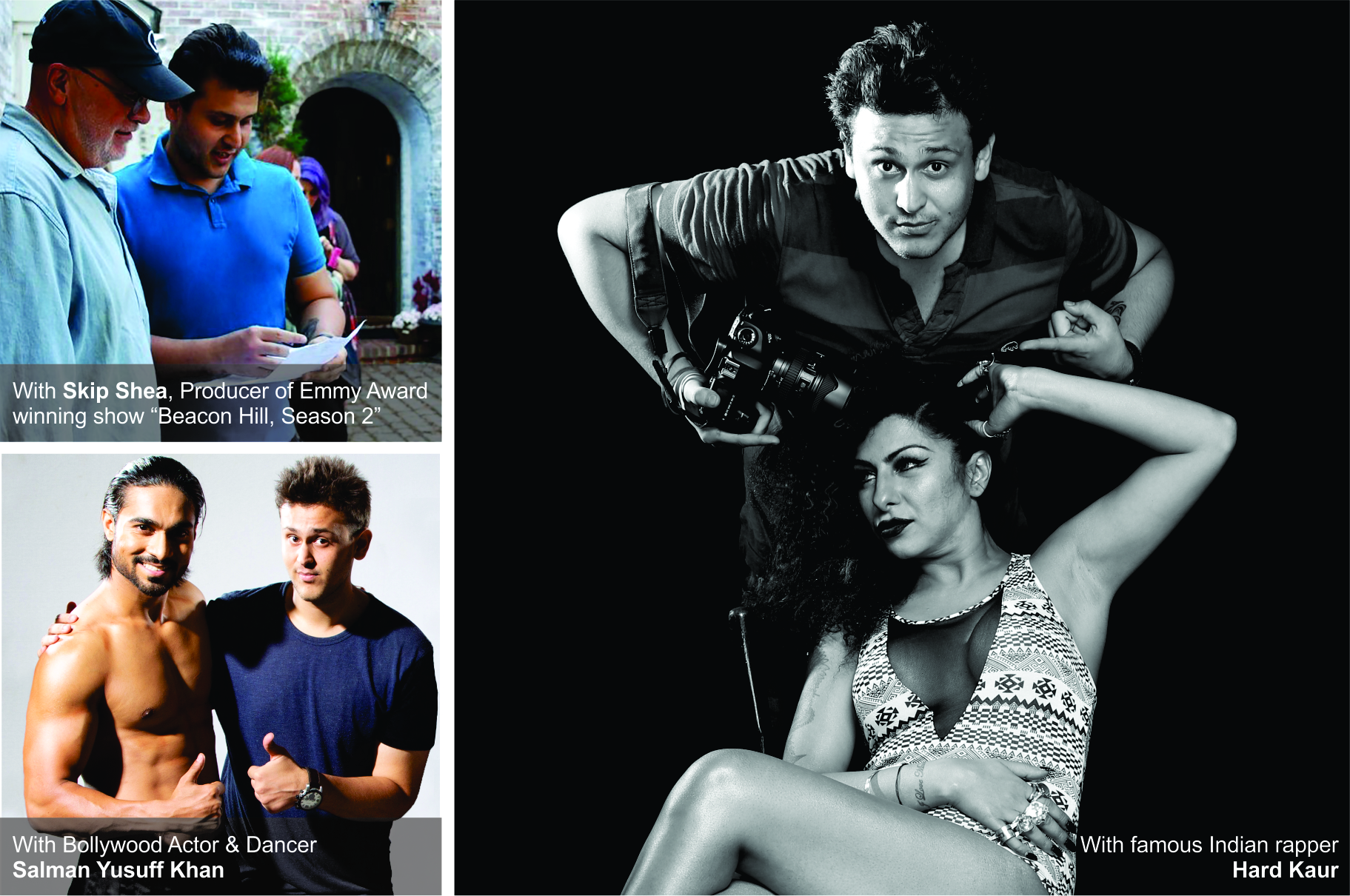 Having learnt the finer nuances of photography from his father and elder brother, India-born Piyush Thakur is making waves in the US with his impactful mastery as a multimedia visual artist.

In order to break one of the typical stereotypes of a small city as a photographer, having been born and brought up in Chandigarh in India, Piyush moved to Mumbai for an advance course in professional photography under a renowned photographer Girish Mistry. Eventually, he wanted to break barriers and paved his way to the New York film academy, to make his dreams come true.

In an interview over phone from New York where he is settled as Multimedia Visual Artist, Piyush shared his current engagement.

Which was your first break?

My big break was an assignment of a fashion shoot in Mumbai, with international-renowned Indian rapper Hard Kaur, and gradually I moved on to shoot fashion campaigns for Rolling Stone, Apple iTunes India, as well as worked with celebrities like Abhishek Bachan, Salman Yusuff Khan, Ashmit Patel to name a few, says Piyush.

What are your upcoming projects?

Currently, I am attached as a producer to many short and feature films in which one of my feature film The Painted Muse directed by Farah Merani & Gillian Muller and is based on part historical romance, part modern drama. The film starts when Timothy Landers, head of Islamic art at The V&A Museum in London, England, approaches art restorer Samara Ahmed to reunite and restore a dozen priceless paintings.

How big is this project?

This movie shall be shot in the US and Canada with few scenes in South Africa and India. Two executive producers have already committed US$2.5 million for the project and is expected to go on the floor once the current crisis is over.

Is this your first venture in a feature film?

No. Since my graduation from New York Film Academy which I had joined in 2017, for a course in filmmaking, For last two years I have directed short film like ‘Photograph’, and have worked as a Multimedia Visual Artist on more than 30 short films and 10 Feature films in which two of them are Emmy Award Winning shows “Venice Season 6 ” & “Beacon Hill Season 2 ” Directed by Crystal Chappell and Hillary B Smith.

Besides, I have directed and produced plenty of short films, music videos, tv commercials, handled fashion and commercial photography assignments.

You have gained a reputation as a multimedia visual artist; what does it take to be successful in the field?

I was sixteen when I started assisting my elder brother in shooting tv commercials in Chandigarh. The photography assignments during my college days from local fashion magazines provided me with an insight into the print world, and after my course from gradually did numerous assignments for websites, online platforms, videos, and short films.

My ability to understand the diverse multimedia platforms and effectively create visual stories, helped me gain recognition from this rapidly evolving entertainment industry and the fellow professionals that has been the biggest satisfaction for me.

Multimedia Visual Art has evolved into innovative discipline today which unifies a wide range of platforms, including films, designs, music, light, sound, literature that gives storytelling a new dimension in our contemporary world.

What is that one thing that you love the most in your profession today?

To continue to evolve and explore newer media to express myself the way I look at reality. And most satisfying is the fact your name on the final product that makes you proud for having nurtured that idea and completed it.

What is your advice to other young people wanting to get into the visual art domain?

Don’t get disheartened. In whatever field you go, continue to learn, stay relevant. The failures are the opportunities that help us learn. Hang around with people who share your passion and are creative. Don’t feel shy to reach out to the big names you would like to work with. Stay focused. Stay committed to your profession. And success will be there.