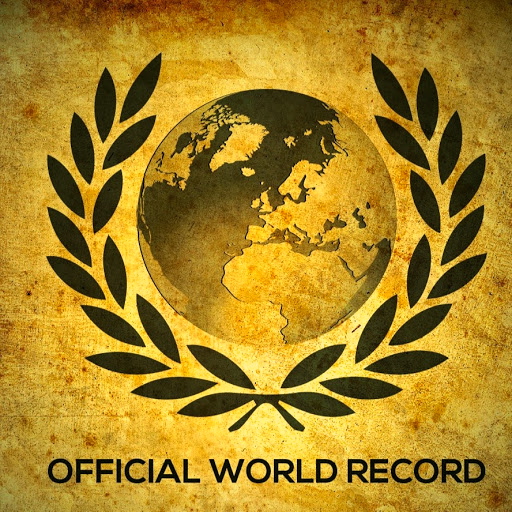 Sport has struggles that have become real milestones in history. Michel Jordan-Magic Johnson, Federer-Nadal, or Messi-Ronaldo, ara just some of those battles that have occupied decades of glory among sports lovers and fans of each of the disciplines. But there is another great latent battle that has be has taking on epic proportions for a decade now.

More and more sportsmen and women are choosing to register their brands with Official World Record, the Catalan organisation that has been accrediting brands of all kinds for 30 years with the aim of giving visibility to the achievements of people and organisations and to sports talent. On many occasions, this work becomes a real fight against one giant of brands, Guinness. Already in 2014 Official World Record achieved one of the curios sports records on the planet, the biggest melee in history with 1088 rugby players in Madrid.

Now the world’s most sought-after kitesurfer, Portugal’s Nuno Figueiredo, the only man capable of riding a 19-metre wave on Nazaré beach in northern Portugal, wants his 2017 record to be certified by the Official World Record, although he is already accredited by Guinness. A gesture that shows the extent to which the Catalan entity in becoming a true reference point throughout the world.

The battle with Guinness had its most curious episode in 2019, with nurse Jessica Anderson, the fastest woman in the London Marathon in a nurse’s uniform. The multinational of world records did not want to register this record because she did not dress like a traditional nurse, with a dress. Official World Record accredited the brand, forced Guinness to accept her record.

Official World Record has achieved in recent months marks of extreme athletes that have had repercussions around the world, as the two marks of static swimming against the current of Alberto Lorente in 2019, surpassed this year by the Brazilian Mayra Santos in Portugal. Among the milestones that can be found in the registry of this entity, there is also the fastest cyclist in convening the distance between London and Paris, Jonathan Parker (https://www.officialworldrecord.com/longest-continuous-swim-in-a-counter-current-pool), or the world record of kilometres covered on a treadmill, with the 12 hours used Ivan Penalba to make 155 kilometres (https://www.officialworldrecord.com/155080-kilometers-in-12-hours-on-a-treadmill).

In 2020, the cyclist, Tiago Ferreira, also chose Official World Record to accredit a stratospheric brand. He spirit 24 hours climbing with his mountain bike, covering a total of 274 kilometres and a half and overcoming a total difference in level of 17.752 meters.

Beyond the sport, this entity accredits records as important as the one registered in Germany by the first driver who reached a million kilometres with an electric car of the mark TESLA. A milestone for Hamsjörg Gemmingen to boost confidence in the future of the most advanced and environmentally friendly automotive.

The entity accredits all the feats with a rigorous monitoring of each person or entity that wants to register them. Official World Record is recognized by the Council of Notarized of the European Union and by organizations around the world. The entity that sponsors it is registered in the Office of Intellectual Property of the European Institutions. Any record to be accepted requires that it pass through its International Acceptance Committee, for this reason, Official World Record works with approved entities all over the planet in countries such as South Korea or Portugal (Nazaré), the best place in the world to set surf-related records, countries where Official World Record has branches.