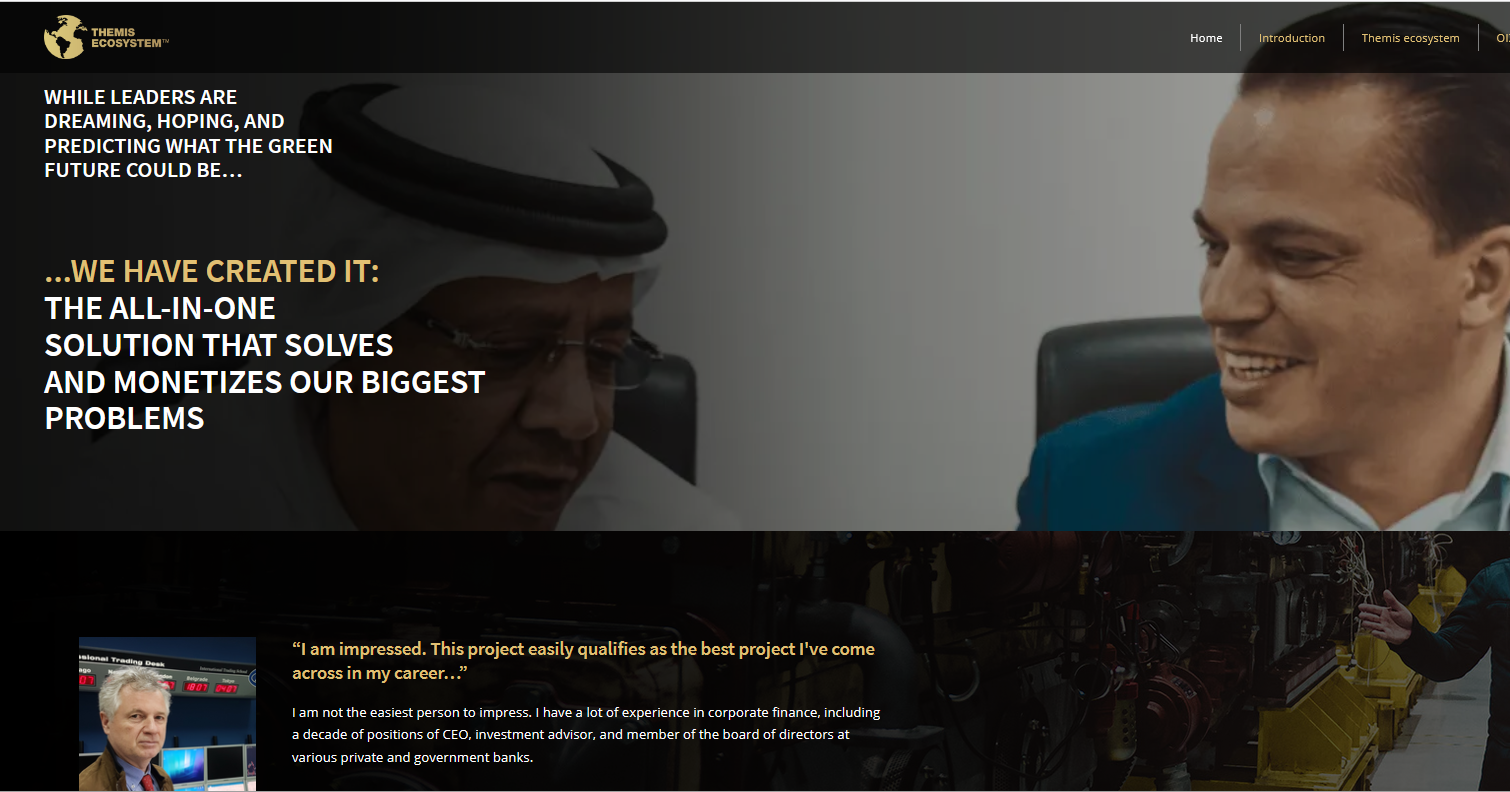 London, UK – September 27, 2021 – The Industrial Token™ – or iTo™ – Is a special e-voucher. It consists of two values: the proportional value of the goods that the factory produces and the proportional part of the carbon neutrality of the project. But some hidden gems make iTos™ even more valuable, the founder revealed.

Industrial Tokens™ are only one part of a gigantic $22 billion project Themis Ecosystem™. Another part is the Online Industrial Exchange™ (OIX™) where holders of these special e-vouchers trade them. “The first way to make money with iTos™,” Hroval said, “is, obviously, to buy them at a low price and sell them at a higher price. Another way to make money is based on their defined number. I need to explain another thing here. To be able to join the Themis Ecosystem™, the project must be highly profitable and determined to expand. When the project is rapidly expanding, more and more goods are produced. Also, more and more carbon negativity is created. All these positive aspects are reflecting in the value of the iTokens™. Because the number of iTokens™ stays the same during the expansion, they are automatically worth more and more.”

The founder stated that every project that hits the Online Industrial Exchange™ has its micro and macroeconomic plan for ten and twenty-five years. “The other factor that affects the price of iTokens™ is supply and demand. By combining all of these, we can get more realistic numbers. For example, the first iTo™ that will be listed in OIX™ is the PP8 iToken™ which represents the electricity and carbon neutrality created in our Project Phoenix8™ factory. We expect that the initial price of 9,92 USD/iTo™ will raise to 33-35 USD/iTo™.

Roberto Hroval stressed that the mentioned price reflects the first wave only where the early adopters will buy iTokens™. After that, he expects the second and the third wave. “During that time, it won’t surprise us if the price of the PP8 iTo™ will raise to 150-250 USD.”

He is sure that the most important thing that moves the needle doesn’t have to do anything with the Themis Ecosystem™ or OIX™ at all. “The major thing that will influence the price of iTokens™ is the success of the project. That’s why we only accept proven projects, not startups in an idea-developing phase. The project must prove it has its market and the products are in demand for at least a few more decades. Reaching this stage also confirms that the team members know what they are doing.”

One of the major advantages of the Themis Ecosystem and “a green deal for all”, as the founder describes it, is its innovative and win-win approach. “When the zeitgeist of the Themis Ecosystem™ – in a synergy of the win-win situation – reaches the crowds, the project can surprise us very positively,” he concludes.

The official launch of the Themis Ecosystem™ and the OIX™ is planned for the Q4 of this year.