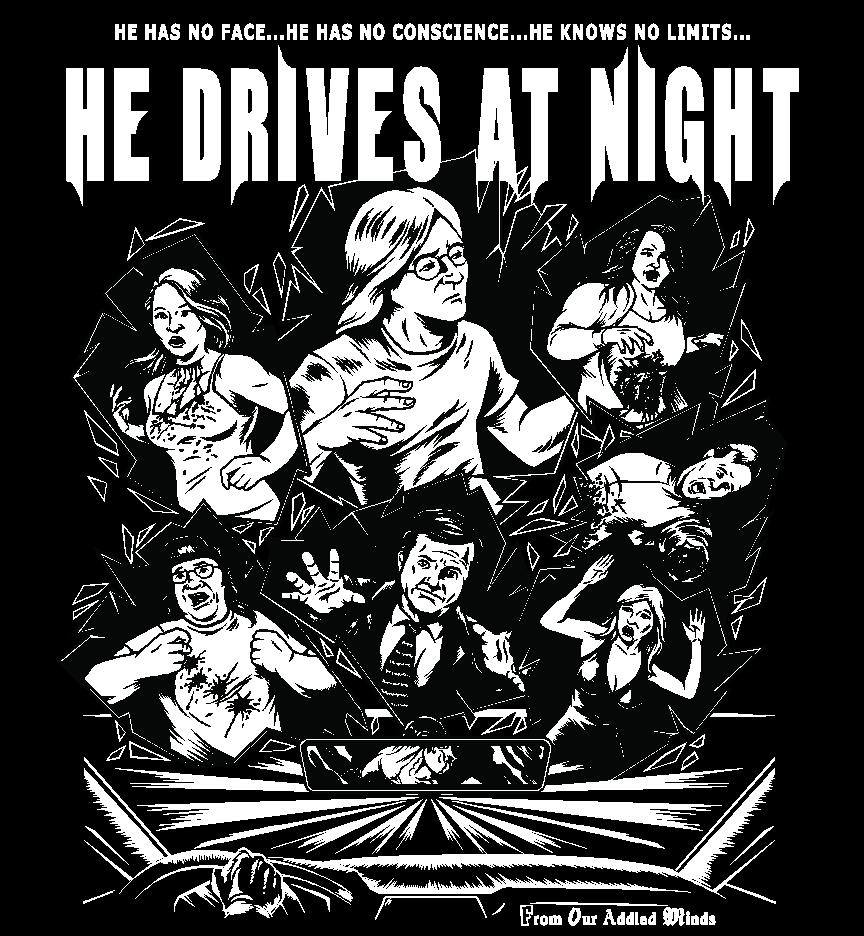 Horror movie He Drives At Night is an “edge of your seat” thriller guaranteed to take you on a trip of terror through the eyes of author Hal Warren under the thumb of a man known as the Chaos Killer.
Horror movie “He Drives At Night” will make its red carpet premiere at Camelot Cinemas in Greenville S.C. October 22, 2019.

Horror film “He Drives At Night” will make its red carpet movie premiere at Camelot Cinemas in Greenville S.C. October 22, 2019.

Along with starring in is own movie, Chuck Chapman will be acting with a number of film and radio personalities. Among them are Butch Patrick who starred as Eddie Munster in the TV show “The Munsters”, actor Chad Dudley, also featuring popular Upstate S.C. radio personalities “Twisted” Todd Holcombe, Paige Loskoski and Anne Robards.

He Drives At Night. Hal Warren is a hack writer who once wrote a true crime novel that he thought nobody would read.  But the wrong somebody was impressed by it.  Now a man known as the Chaos Killer wants Hal to write his story – as it happens.  Now Hal and everyone he comes in contact with is in danger from a man who has no rhyme or reason to who, where, or when he will strike.

Based on a true story and ripped from today’s most savage headlines.  It’s told from the point-of-view of the killer and the man he is blackmailing to write his story.

He Drives At Night is a character study in horror and insanity.  An awesome “edge of your seat” taking you on a trip of terror.