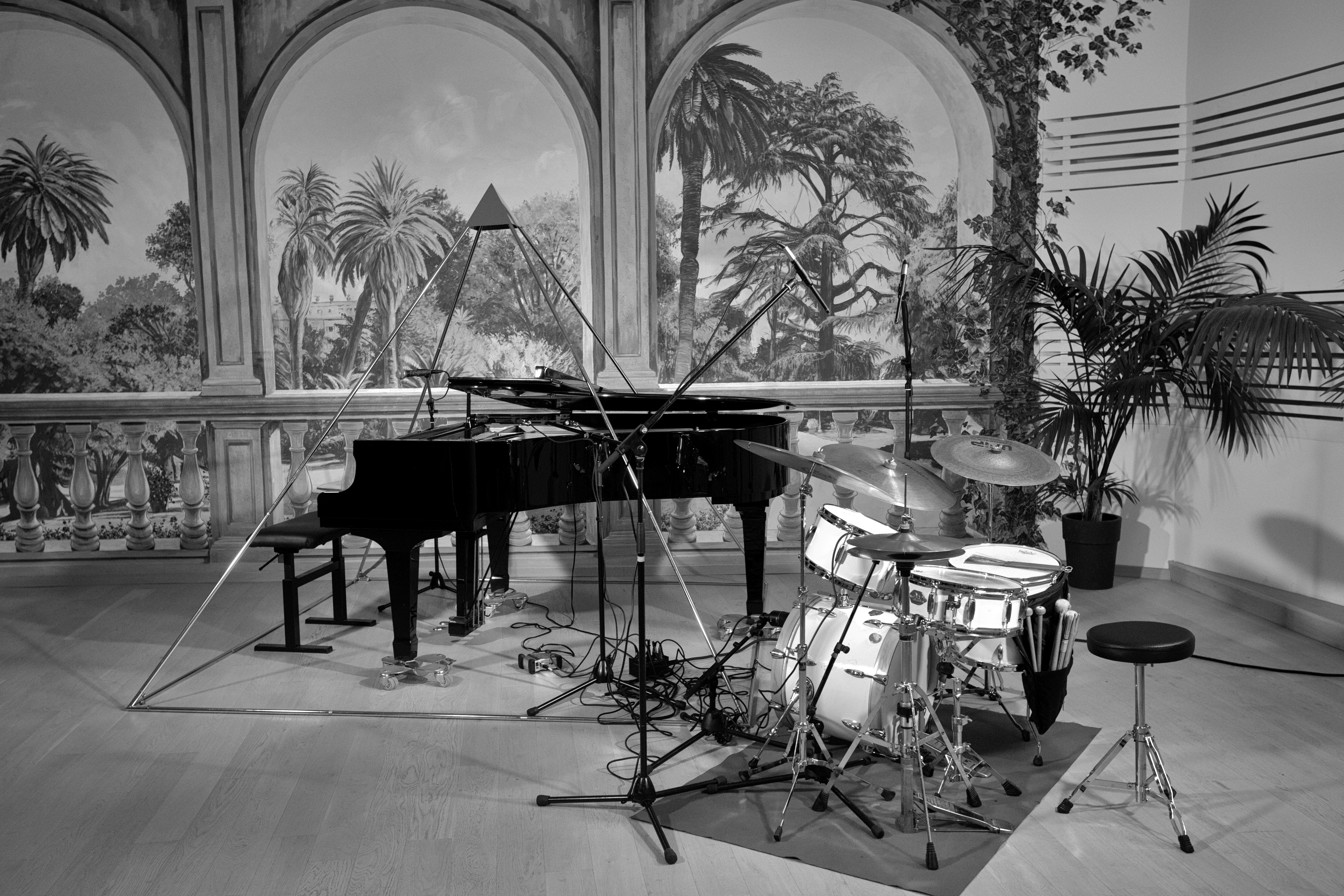 Two voices talk to tell this video album Heat the silent (Glocal Music Records), which opens with a variation on the theme of Estate and continues this journey into the essence of Jazz with all the original compositions by Louis Siciliano.

Among these, Heat the silent gives the title to the entire project (available on Youtube and all digital music streaming services all over the world) and tells us about the more than successful intent of this dichotomous exchange: Heat the silent.

Listening to the entire album, one can not help but feel the sensation of being there among the instruments of this unusual duet with strong empathy and such elegant and poetic touch. The sound textures oscillate in all shades of black and white, as recalled by the cover signed by the great photographer Mario Coppola.

A world of chiaroscuro hues is created, which gradually lights up and colors with sound textures that lead us into the depths of the abyss. This can occur thanks to the penetrating introspection that seems to have no end, which then rise and find ourselves projected directly into the deep Cosmos.

A two-part fractal counterpoint made up of two percussion instruments that generally never play in this combination.

A dialogic form that invites you to listen to the other, in apparent antithesis, where you reach a constant interplay, and the two individualities sublimate the work of synthesis that evokes J.S. Bach, Monk, Coltrane, Eric Dolphy, Bill Evans, Ligeti, Messiaen or Cecil Taylor. Despite this, it always maintains absolute originality, which balances this incredible real-time performance.

Heat the silent (Glocal Music Records) is produced by Gianluca Colantoni and Louis Siciliano. The titles of the symbolic pieces should be cited one by one precisely because of the pregnant valence contained in them: Variations on estate; When all people are sleeping; Thelonious; Heat the silent; Joe’s Island (dedicated to the great genius of Mediterranean jazz, the pianist Joe Amoruso who recently passed away); Beyond the eight doors and Endless variations.

Of each one, one could tell the whole world of sound that animates them, but let us all be carried away in this music that pushes itself towards the boundaries of the sonic multiverse to draw the conclusion.

The entire compositional process has been structured according to MUMEx (Music Multiverse Exploration), the revolutionary musical meta-language created by Louis Siciliano.

Music rooted in the most ancestral history of human beings and reaching into the most distant future, the Cosmic Jazz of this new millennium that crosses all kinds of borders, starting from the center of the Mediterranean (Vesuvius) through “Napule’s Power”, the cultural movement founded by Renato Marengo, who represents one of the epicenters of quality music from which the world radiates today.

Heat the Silent by the composer Louis Siciliano and the drummer Mauro Salvatore is on Youtube, Spotify and all Digital Music Streaming services around the world.