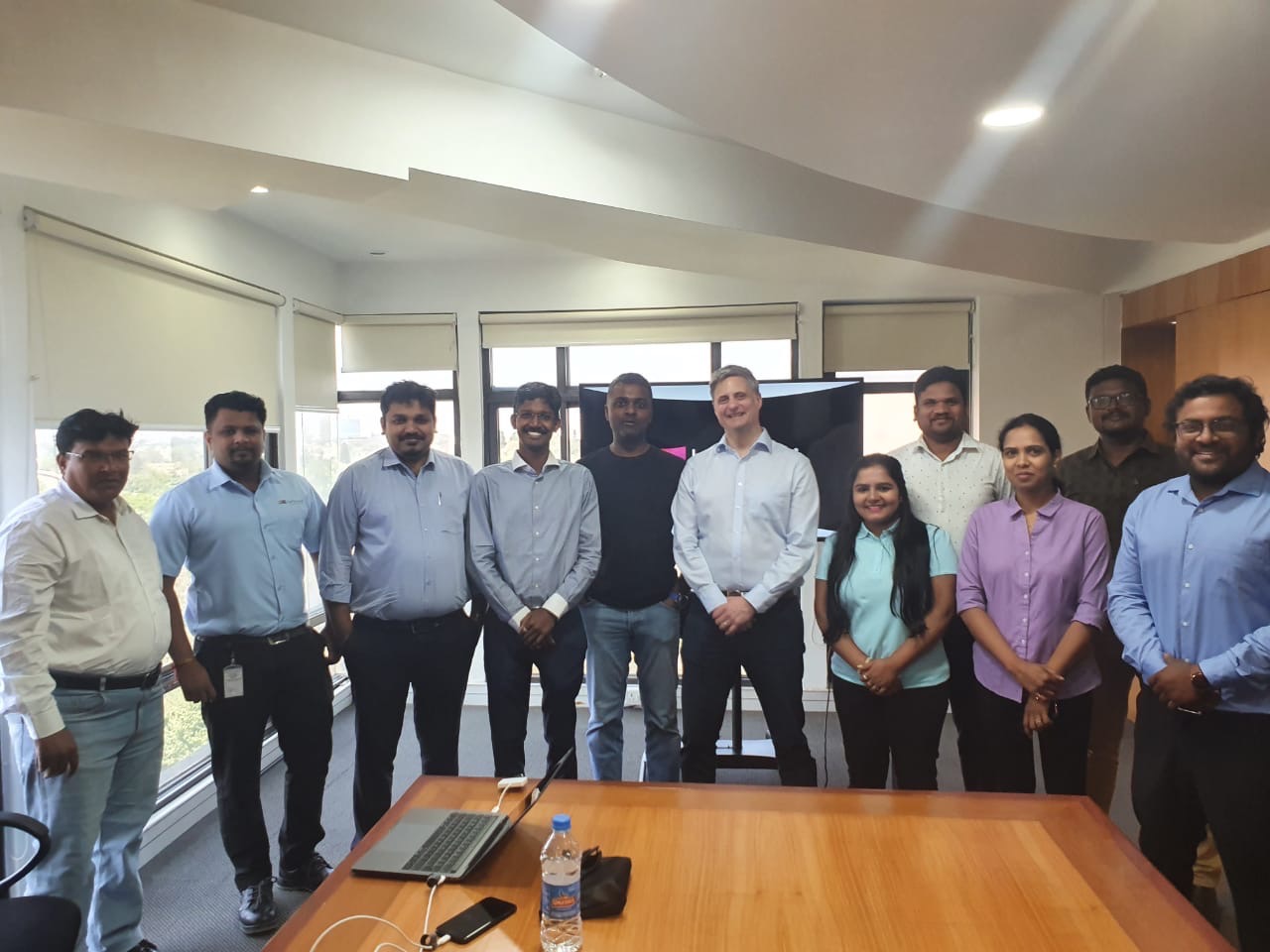 Having operated in India for over 15 years, Harkness Screens India is an integral part of the companies global presence. In this article, Harkness Screens employees Matt Jahans and Dan Hutchinson discuss their experiences in the country.

Harkness Screens has been operating in India for over 15 years, establishing its manufacturing unit in 2013. Based in Bangalore, Harkness Screens have recently completed orders of Protective Shields and Barriers for the Indian Navy, Ministry of Health, Bangalore Police and several local hospitals surrounding the factory with medical curtains, aprons and face shields.

At the heart of India’s IT heartland, Harkness Screens India is a market favourite in the country and is a major part of Harkness’ global footprint. Harkness has invested considerably into the facility, with key members of the Harkness Screens contributing to the establishment of the facility as a key contributor to the Group.

However, it hasn’t been all plain sailing for the India facility. In 2018, Dan Hutchinson, Operations Support Manager, was part of a team sent to Bangalore to educate and introduce new screen technology within the factory.

“We had identified that the factory was ready for the latest process upgrades,” Hutchinson said, “Rinosh Tom Raj came in and very quickly identified some of the requirements. We helped to identify the areas that needed a bit of extra support through the process. At the end of all that, we put together a continuous improvements plan and supported Rinosh for the next six months to get things where we now needed them to be.”

It wasn’t until the end of February in 2020 that Hutchinson and his team would return to Bangalore to see how effective the changes that had been implemented were. Carrying out pre-planned maintenance, Hutchinson was pleased with the improvements that had been made.

“We were able to put together improvements that meant the commercial team were able to go back to customers and spread the word that production across the board included all the latest technology.”  Hutchinson said, “Then to communicate to the rest of Harkness that the plant was now more advanced than before was extremely pleasing from a personal point of view.”

SVP Technology, Matt Jahans, was also part of that journey to Harkness Screens India earlier this year. Focussing on the development of customer relationships and the education of technical team members, Jahans, similarly to Hutchinson, found the journey extremely beneficial.

“It was a good opportunity to see how they work,” Jahans said, “To give them a bit of additional training on our product portfolio, company messaging and ensure that they are up to speed with what Harkness are doing as a brand globally. I was very impressed with what I saw as it is always good to see what is happening with the different Groups.

“I also took the opportunity to visit some key customer cinemas. I always find it really beneficial to be on the ground, seeing exhibitors in their own cinema, informing them about our technologies or seeing the technology in action and the smile on the exhibitors face. It helps us relay the message that they are supported, not just on a local level, but globally too.”

Jahans also did a series of technical roadshows whilst in India. Travelling to Chennai, Hyderbad, Mumbai and Bangalore, Jahans presented key technologies, along with several other Harkness employees, to customers and explained how they could enhance a viewing experience.

On May 1st, Jahans was promoted to SVP Technology, one of his key aims being the overseeing of the Technology Group. Bringing together over 40 years’ experience in the cinema technologies industry, one of the key aspects that the Technology Group will tackle is the reopening of cinemas once social distancing measures are lightened globally.

“In India, we had several guys doing presentations, explaining the portfolio of technologies that we have available and I think is a good example of what Harkness Screens is all about,” Jahans said, “We know, a screen isn’t just a screen. Anybody can make a screen, but it is making a good screen and how it works when using cinema technologies.

“Particularly now. We have a lot of customers asking about RGB laser projectors, different sound systems, different 3D systems, so there can be confusion and with the knowledge within the Technology Group, we can assist them.”

Matt Jahans is joined on the Technology Group by Nicolas Chiovini, Associate Director for Cinema Technology, and Cody Polla, Curolux Product Manager. Both have vast experience and the three together have some of the foremost knowledge in the cinema technology sector.

Mark Ashcroft, CEO Harkness Screens, is extremely pleased with the improvements that the Bangalore factory has made since 2018 after having been a key figure in the establishment of the facility in 2013, the year he joined the Group.

“India is a huge market for cinema, so naturally it is great to see that the facility we have there has turned a corner,” Ashcroft said, “Rinosh and Preetham Daniel (SVP Asia) are doing a fantastic job there, the facility is producing cinema screens to the highest specification and at the top end of the market.

“Not only that, we love being able to not only provide Indian jobs, but to be helping our local community in these uncertain times. Harkness Screens is a global brand and I look forward to being able to get back on the ground there in the future.”