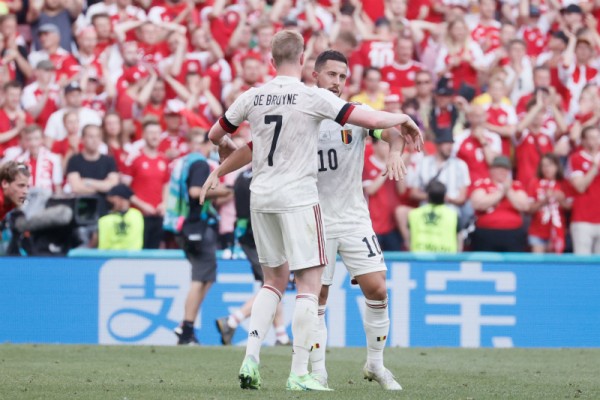 A logo of Chinese payment platform Alipay is displayed as Belgium’s Kevin De Bruyne and Eden Hazard celebrate after a match at the UEFA European Championship in Copenhagen, Denmark on June 17. [Photo/IC]

Football fans in Hangzhou, Zhejiang province have been enjoying the ongoing UEFA European Championship, not only for the exciting games, but also for the home brands advertised around the pitches.

The UEFA European Championship, or Euro 2020, was postponed to this year due to the COVID-19 pandemic and kicked off on June 11.

“I almost cried when I spotted Ant Group’s slogan ‘the power of believing’ on the pitch side,” said a Hangzhou native when interviewed by local media outlet Dushikuaibao.

Chinese sponsors account for one-third of the 12 top-tier sponsors of the major soccer competition, a move that industry experts said fully demonstrates the rising competitiveness of Chinese brands and their determination in going global.

In November 2018, the Union of European Football Associations signed an agreement with Ant Group’s Alipay to be a top-tier sponsor for eight years. This year, Alipay became an official ticket sales platform of UEFA. 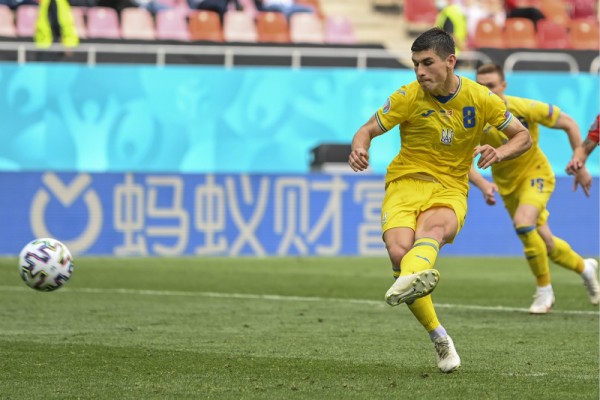 The logo of Ant Group’s Ant Fortune is displayed during a match between Ukraine and North Macedonia in Bucharest, Romania on June 17. [Photo/IC]

Hangzhou-based Kayford is providing official licensed products of Euro 2020. The company has the rights to produce and sell these official products, which include plush toys, cups, key rings, and jerseys, at its own prices.

“The sales are peaking with the championships opening on June 12. We are delivering the last batch of products,” said Mo Tianfei, a senior executive of the company. He added that according to preliminary statistics, the sales on the Chinese mainland have almost tripled.

Statistics from Hangzhou Customs reveal that from January to February, Zhejiang’s exports of sporting goods were valued at 14.1 billion yuan ($2.19 billion), up 99.4 percent year-on-year and accounting for 22.1 percent of the country’s total. 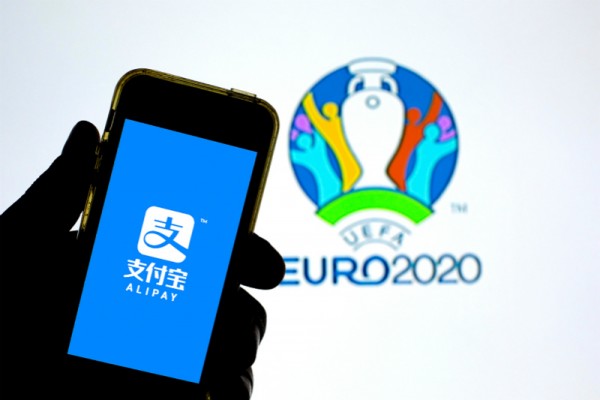 An Alipay logo is seen displayed on a smartphone with a UEFA Euro 2020 logo in the background. [Photo/CFP]