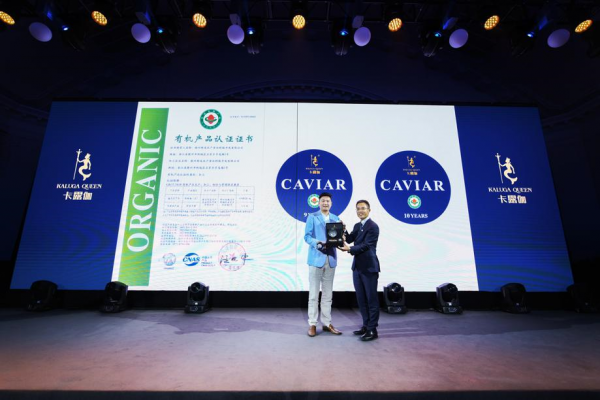 The feat was achieved after the company stuffed 62.9 kilograms of 15-year-old caviar into an egg-shaped container.

Founded in Hangzhou China Zhejiang province in 1998, Kaluga Queen produced the country’s first tin of aqua cultured caviar in 2006. According to Wang Bin, the founder of Kaluga Queen, the company currently produces 35 percent of the global supply of caviar.

In 2009, the company won the National Science and Technology Progress Award for its key technologies used in the breeding, reproduction, farming, processing and production of sturgeon.

In January 2021, the company became the first organic caviar producer in China certified by the China National Accreditation Service for Conformity Assessment and WIT Organic.

The company said it uses natural nutrients such as organic soybeans, wheat and deep-sea white fish meal to raise sturgeons in the Qiantang River in Zhejiang.

Jin Xinyi contributed to the story.