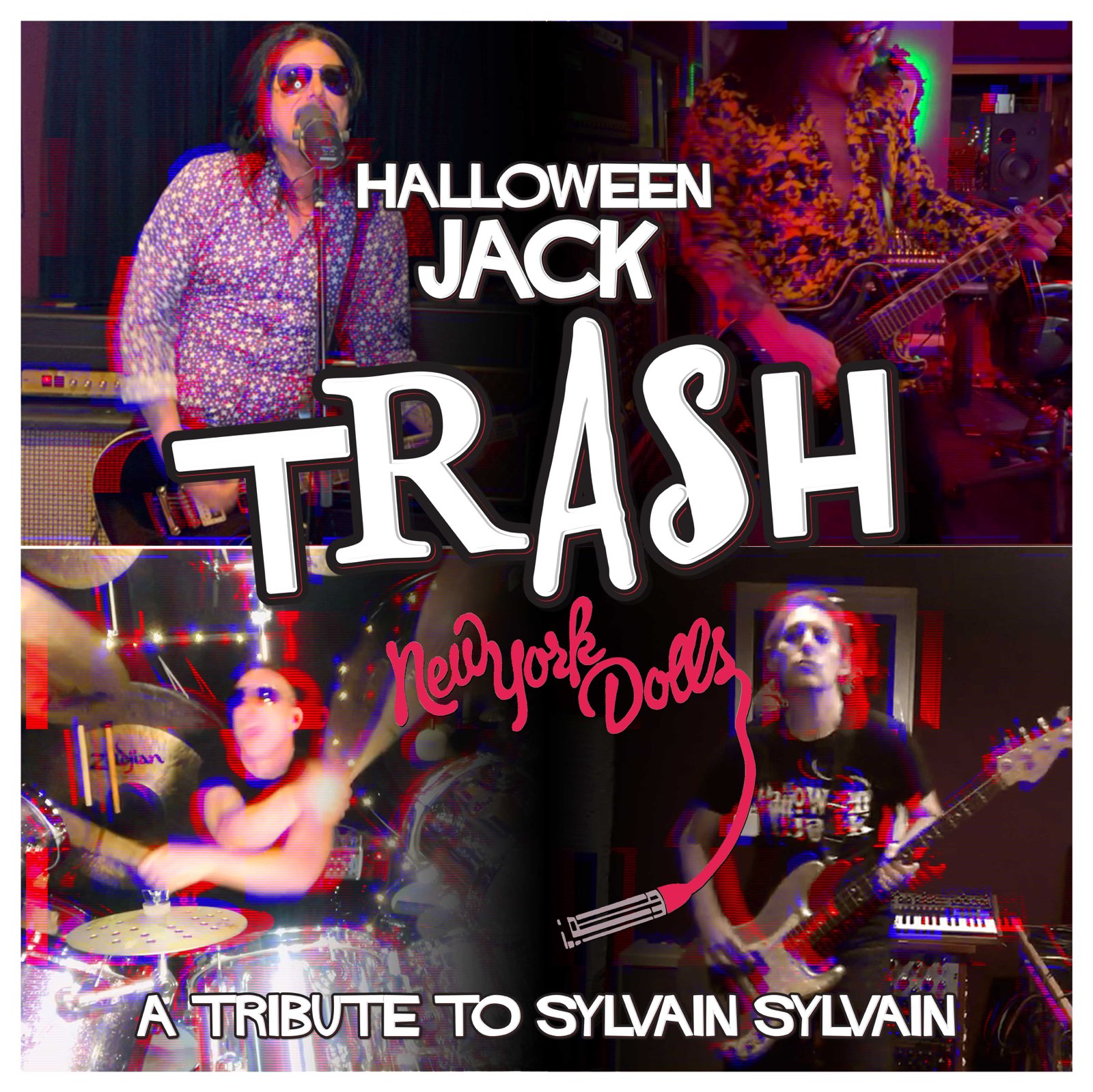 Supergroup “Halloween Jack” is set to release “TRASH”, a cover song video by The New York Dolls as a tribute or token of love to the glam/punk band’s Sylvain Sylvain who died last week after losing his battle with cancer.

The New York Dolls, known for their glam rock androgyny and their signature attire including women’s makeup and frenzied, bizarre fashions, revitalized the New York City underground music scene in the 70s foreshadowing punk by half a decade. The Dolls were an anomaly considered to be one of the most influential bands on the planet with their unpolished, chaotic music expression that combined British invasion-influenced rhythm and blues with the guitar distortion and booming backbeat of proto-punk bands such as Iggy and the Stooges.

Halloween Jack combines the talent of Stephen Perkins, drummer of a Jane’s Addiction, Gilby Clarke former guitarist of Guns N’ Roses, Dan Shulman former bassist of Garbage, Eric Dover guitarist from Jellyfish, and guest guitarist Steve Stevens of Billy Idol, a huge fan of the Dolls. Halloween Jack’s TRASH video is filled with a texture and color completely reminiscent of the orgasmic, sophisticated anarchy that captured the essence of the kaleidoscopic vibrancy transmitted by the original New York Dolls. Halloween Jack wished to celebrate the memory of Sylvain using the video as a token of love to the fallen icon.

When asked what the New York Dolls meant to him Dan Shulman responded, “It meant freedom. I was a shy kid growing up, so the idea that you could express yourself, and look outrageous, and play outrageous music, and feel that you can communicate with people in that way was huge for me.” He went on to say “The New York Dolls along with Kiss, Alice Cooper, and Bowie, sent me the message as a kid that anything was possible.”

Stephen Perkins, drummer of Jane’s addiction masterminded the idea for a tribute video for Sylvain Sylvain while taking a shower. To Perkins, the New York Dolls represented courage. “The courage and bravery it took to get on stage and be able to play their instruments with such cuts. To dress up with such confidence and to strut. I wasn’t in New York, but it seemed dangerous and dirty and that went right into the music. They were an original New York City band and I love hearing the city in their music. You know Van Halen could never come from anywhere but LA, and the Dolls can only be in New York”. Perkins went on to say “Even today when listening to the song TRASH, we had to put our balls on the table to make it sound like the Dolls.”

Steve Stevens, world class guitarist from Billy Idol was actually given his stage name by Sylvain Sylvain when it was suggested that he use his first name twice. “Growing up in New York City I really believe that the Dolls spearheaded not only the punk rock scene, but all of the bands in New York that came after them,” Steven exclaimed. He then went on to say “The thing about this video is that I really didn’t know what to expect, but the fact that there is original footage of the band that we are all really paying homage to Sylvain. I was really happy that we were able to honor them, and  I am really happy to have my name attached in someway to honor them.”

According to former guitarist of Guns N’ Roses Gilby Clarke, “The Dolls were a huge influence on me. I was starting to go down a deep, dark heavy metal hole. Then I found The New York Dolls and that changed everything. They were like my version of the Rolling Stones that I could really relate to. I loved Mark Bolin from T-Rex, I love the Sweet and Bowie, but the Dolls to me were a perfect blend of the glam rock, but still rock ‘n’ roll.”

Sylvain Mizrahi best recognized by his stage name Sylvain Sylvain was the guitarist for The New York Dolls. One of the key architects of rock music, Sylvain was the driving force behind the band and the soul of the clothes, style and thrilling guitar combinations that would be such a profound influence on punk rock. As a precursor to the Dolls, he created the band Actress from a bunch of guys that hung around his clothing store that would later give birth to the Sex Pistols. In 2019, Sylvain announced that he had cancer and he died in his home on January 13, 2021.