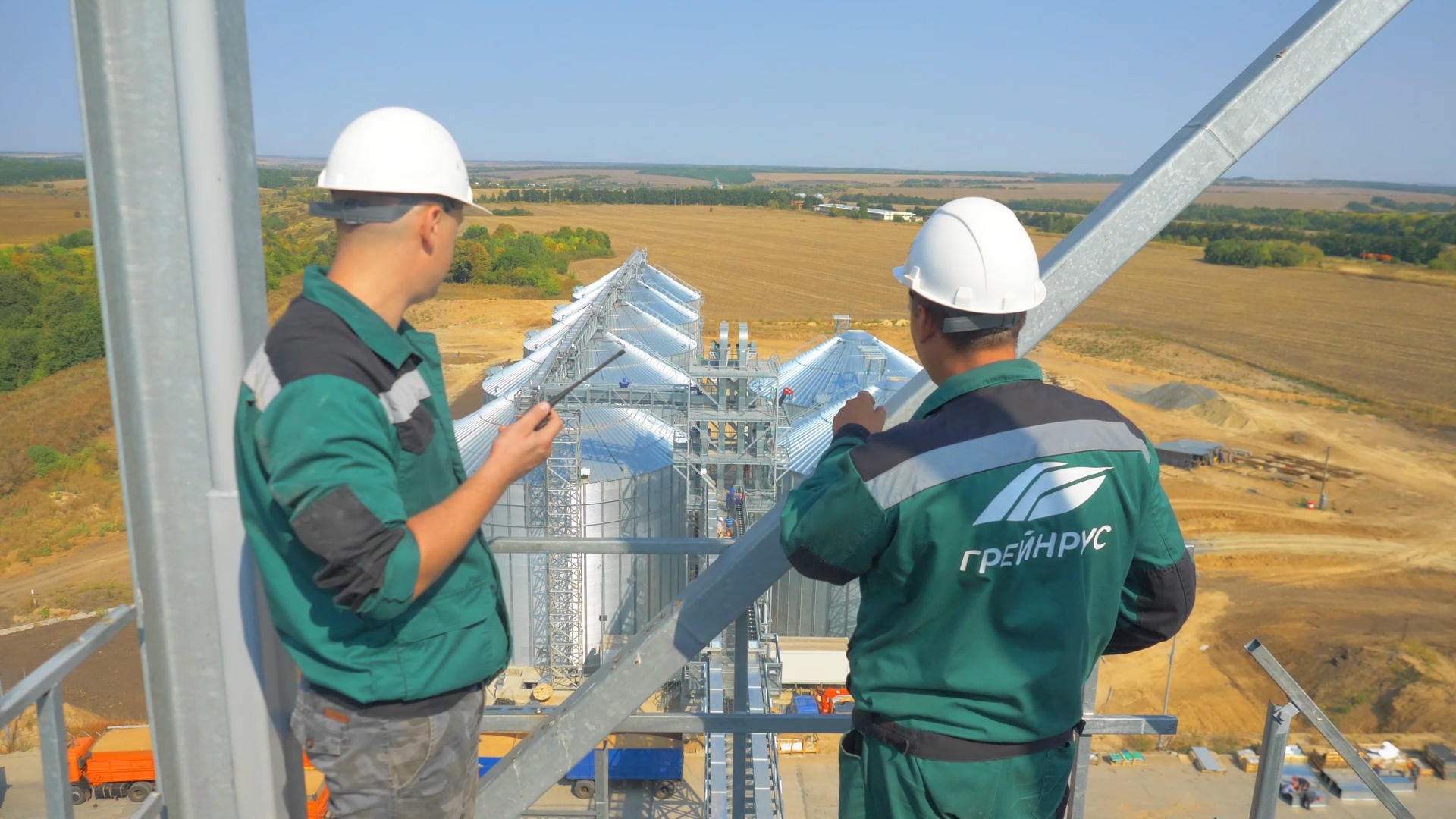 The company’s business is represented in all regions of the Russian Federation. Since 2010, barley, wheat, corn, mustard, flax, chickpeas, and malt have been exported to 35 countries.
Grainrus was founded in 1997. It entered the market as an importer of European malt to the Russian market. Its first customers were breweries from the Vladimir, Tver, Penza, and Kurgan regions. The business developed successfully, and in 1999, the Volga Grain Terminal in the city of Kineshma was acquired to import malt in bulk. For 20 years, the company’s own grain terminal has allowed it to maintain a leading position as an importer of raw materials demanded by distilleries and breweries.

In 2006, the company bought a seed plant and arable land in the Kursk region – this is how it started developing its agricultural business. In 16 years, the land bank has increased 15 times. Today, it is a total of 101,000 hectares in the Kursk, Pskov, Ivanovo, Rostov, Yaroslavl regions, and even in the Krasnodar Krai. The company has gained sound experience in growing popular agricultural crops and producing their seeds. The Innovation and Development Department conducts regular experiments and tests new promising varieties, plant defense agents, and fertilizers.

Over 15 years, more than 15 billion rubles have been invested in increasing the area of ​​arable land and buying and building elevators. Storage capacities for oilseeds and grains have been raised by 4 times reaching 450,000 tons.

In 2012, an in-house brand of malt called “Kursk malt” was created. Thanks to investments aimed at the purchase of imported equipment, it was possible to increase malt production by 4 times and begin the production of caramel malts with a color index of 20 to 300. As a result, the share of light malt sold by the company in the Russian market amounted to 10%, and specialty malts – 30%. In the same year, the first deliveries of malt to Asia and the CIS countries were made. Over the past 4 years, the company has launched unique malt varieties for the domestic market: oatmeal, buckwheat, and light barley Pilsner Premium. Russian and international institutions confirm the quality of raw materials (International Research Centre “Beer and Drinks”, VLB Berlin), as well as international product certification, marks ISO, LGC, EAC, and national medals: All-Russia Mark. Quality Award of the 21st Century, and the medal of V.M. Gorbatov Federal Research Center for Food Systems of Russian Academy of Sciences. Grainrus is an active member of the Union of Russian Producers of Beer and Non-Alcoholic Products.

In 2018, the first stage of the Otreshkovo grain railway terminal with a capacity of up to 1 million tons per year was put into operation for the acceptance, storage, and shipment of grain and other crops. The project included laying 2.5 km of own railway lines connected to the Oryol-Kursk line of the Moscow Railway leading to Black Sea ports. In recent years, the volume of crop shipments has reached 700,000 tons.

In 2020, a corporate trademark Pravilnye Ovoshchi (“The Right Vegetables”) was created. Under it, up to 600 tons of tomatoes, 3000 tons of cucumbers, and 18 tons of peppers are produced in a 12-hectare greenhouse complex. The acquisition of a rye malt plant made it possible to launch a business line for the production and sales of raw materials for the confectionery and baking industries.

In 2021, the company began investing in the project of a modern industrial hop-growing complex with primary processing and a granulator, which will allow the production of hops with high alpha-acid content, equaling its imported analogs in quality, but at a more affordable price. Russian and foreign experts have been involved in the implementation of the project.

• participates in the improvement of general education schools and children’s health camps in the Kursk Region;

• provides financial assistance in the restoration of churches and cathedrals;

• helps in the improvement of the territory of the monuments of the Great Patriotic War;

• participates in co-financing of the state program “Integrated Development of Rural Territories”;

Since 2022, Grainrus has been cooperating with the leading universities in training food production specialists. At its own brewery-laboratory in Moscow, MSUFP students gain experience in master classes. The company organizes annual topical seminars and conferences. Company employees are invited as experts to international forums and television programs.

Today, the Grainrus group of companies is a vertically integrated agro-industrial holding. Production includes all stages “from the field to the counter” – from crop production to finished products. The group of companies specializes in agricultural production, hop growing, production and sales of raw materials for distillation and brewing, grain trading, logistics, as well as the production of raw materials for bakery and confectionery industries. The company’s business is represented in all regions of the Russian Federation. Since 2010, barley, wheat, corn, mustard, flax, chickpeas, and malt have been exported to 35 countries.