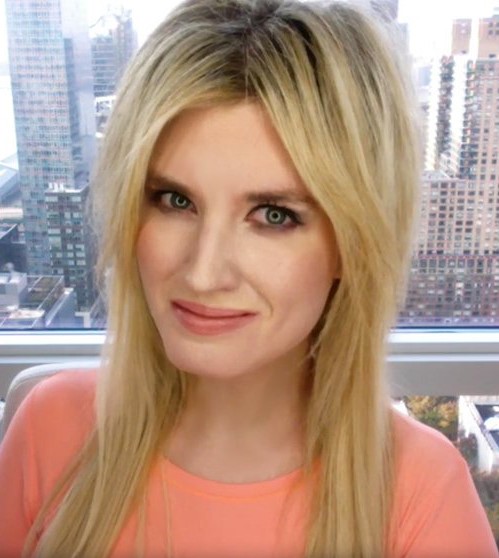 New York, NY – August 12, 2019 – Grace Randolph, creator of Beyond The Trailer is a YouTube sensation with over 840K+ subscribers and over 660 Million views.  Her viewers have dubbed her “The Queen” in the YouTube movies & TV space because she is the only woman who has been able to build a large following there thanks to her entertainment news stories, reviews and trailer reactions. Randolph is honored that the vocal fans of the biggest franchises today respect her opinion and what she brings to the conversation.

At a time when people are calling for more diversity for movie critics, it’s important to note that Randolph is the most successful female movie critic and entertainment reporter not just on YouTube, but in the entire business.

In December 2018, Randolph was made a Rotten Tomatoes critic, and her tweet announcing the news was liked over 4.4 thousand times, with movie fans thrilled that a critic they trust was finally on a site that often seems at odds with how moviegoers actually feel about movies:

Nev 88 stated: “YES! One of the few critics whose opinion I appreciate!”

Randolph has an unusually high profile for a movie critic, often the subject of headlines herself thanks to her strong and honest opinions in her YouTube videos.

Overall, she is the third biggest movie critic – male or female – on YouTube, with all the major studios inviting her coverage. Her coverage has more views than almost every other movie & tv news channel on YouTube, including channels run by large websites and top Hollywood trades.

Beyond The Trailer was the very first independent creator at Next New Networks, which pioneered the early days of YouTube programming.  Randolph kicked off NNN Creators and was an example to recruit new NNN Creators. The success of that program eventually led to their acquisition by YouTube.

“I have been going to the movies my whole life and, when I got out of school, I felt that entertainment news and movie reviews all had a sameness to them. I felt my voice and perspective was unique and I wanted to add it to the conversation,” stated Randolph.

What makes Grace Randolph unique among movie reviewers is her quick wit and talent. She received film training from NYU’s Tisch School of the Arts, where she studied both filmmaking and cinema studies (aka film criticism).

Randolph also has an extensive comedy improv background.  She started with her own short-form improv group that went from Times Square to be the only improv group at the legendary The Comedy Cellar. She also studied improv and sketch comedy with the Upright Citizens Brigade.

“I feel my improv training helps me a lot, especially with reactions and breaking news stories – I’m able to put stories together very quickly.” – GR.

Randolph has also written comic books for Marvel, DC and Boom Studios, culminating in her own original comic book “Grace Randolph’s Supurbia” which ran for 16 issues for Boom Studios. Her vast knowledge, and genuine love, of comics, is an incredible asset in covering today’s comic book dominated movies & TV shows.

Recently, she is one of the first YouTube channels to have memberships, and the first channel in the movies & TV section of YouTube.  This is a new feature where she does live half-hour streams 4 days a week, discussing top entertainment news stories and interacting with her members.  She also offers “Watch Along” parties where anyone can watch a new digital release with her, LIVE.

Grace Randolph will continue to shine and forge a new path in entertainment news as her channel soars.

You can learn more at: