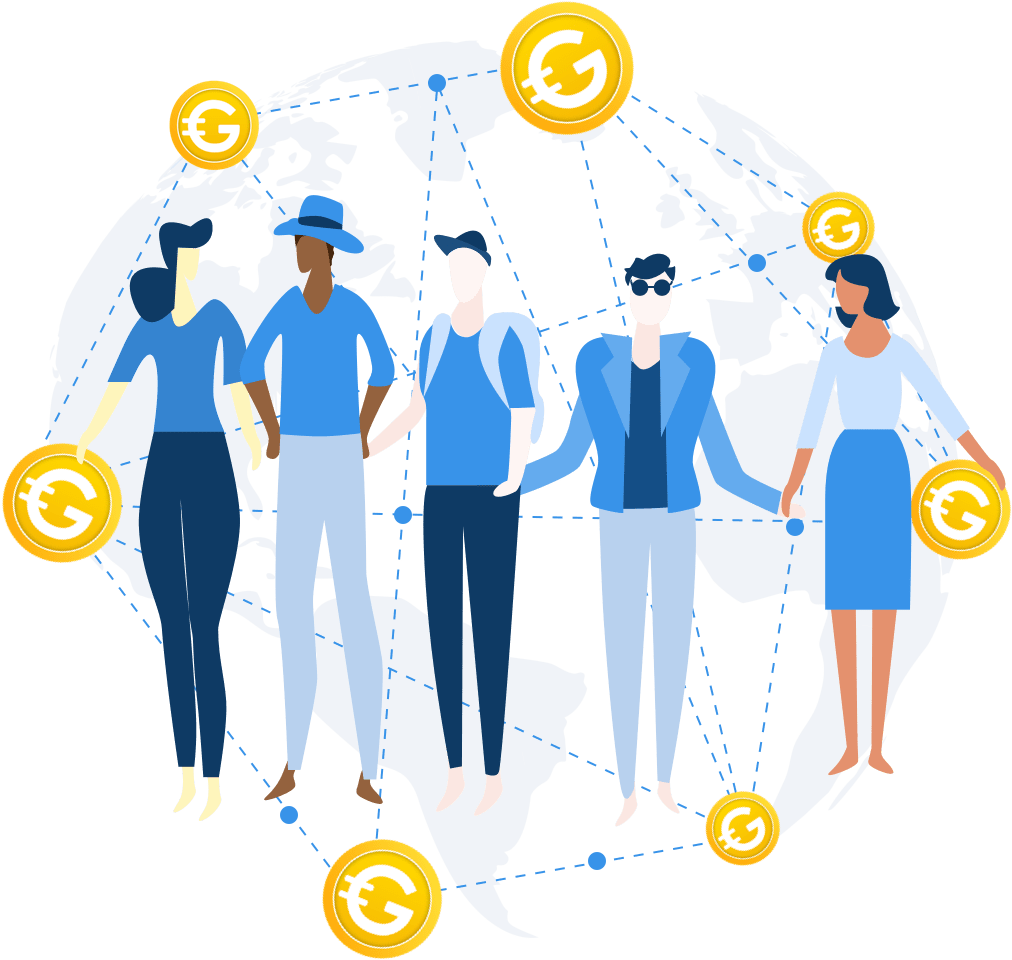 GoldCoin is a community based coin that is highly secure store and cash system that is fully decentralised and distributed. Fast and Free. It’s Digital Gold for a New Generation. They have launched the project in 2013 and invite interested investors to be a part of a thriving project. It addresses and solves the shortcomings associated with existing cryptocurrencies such as longer transaction time and lack of feasibility to use them for buying everyday goods and services. It is a stable, independent currency accessible to most of the countries in the world.

Unlike many other existing ICO that focus on replacing the fiat currency, the Gold Coin Currency will coexist in harmony with the traditional fiat currencies around the world by becoming an alternative payment method. GoldCoin will provide a secure payment system that is fast, safe from financial institutions and dictators, it strives to save the global economy from inflation and recession.

What sets the GoldCoin’s “a super secure value store and cash payment system” apart from its counterparts is that the cryptocurrency will be available for free of use and only needs an internet connection. Another advantage of this cryptocurrency is that it is secured using advanced algorithms which prevent any risk of hacking.

GoldCoin combines all the applications into one database to resolve the issue of mobility. For instance, the user accounts, transactions, user details are saved in one database that is connected to one service, which enables usability, versatility, interoperability, and reusability of the application. Unlike the many other wallets in the crypto market, the GoldCoin’s features a user-friendly interface.

Now compatible with Android and iOS devices! GoldCoin client is compatible with mobile devices that run the Android or iOS operating system. Now you can take your Gold coins on the road!

Designed for Safety and Performance. GoldCoin™ is faster than both Bitcoin and Litecoin and features an innovative 51% Attack Defense System.

GoldCoin adopts and implements the blockchain technology to offer quality assurance, smart contract transactions, peer to peer global transaction and serve as an open stock exchange platform for the users. Being based on the highest standards of the cryptocurrency market, the wallet allows the users to learn faster and adapt quickly to the market standards as well as learn to manage the crypto assets widely and safely in the most effective manner.

On Nov 11th, the Goldcoin developers will be releasing an updated version of the Goldcoin Core client software. This upgrade will replace the previously scheduled RBH.

It was determined this week that we did not have a required consensus of nodes to fully adopt the RBH. This would have resulted in a critical network split creating two versions of the Goldcoin blockchain. As you can see using the network tool below our decentralized network is highly distributed.

Rather than risking the negative effects of a network split, the development team has decided to move forward with a traditional hard fork using an updated client that will remain backward compatible for an extended period.

This revised update will allow the team to increase our network capacity as previously scheduled without disrupting our network or creating an inflationary event.

The Kew Benefits are as follows:

GoldCoin is Free Software, and any person or developer can contribute to the project. The network is entirely decentralised and distributed.

The project is maintained by an international community of dedicated pioneers who firmly believe in the mission of providing economic freedom to all people.

If you are interested in learning more about the technical details of GoldCoin, it is recommended you start by exploring the GoldCoin Whitepaper.