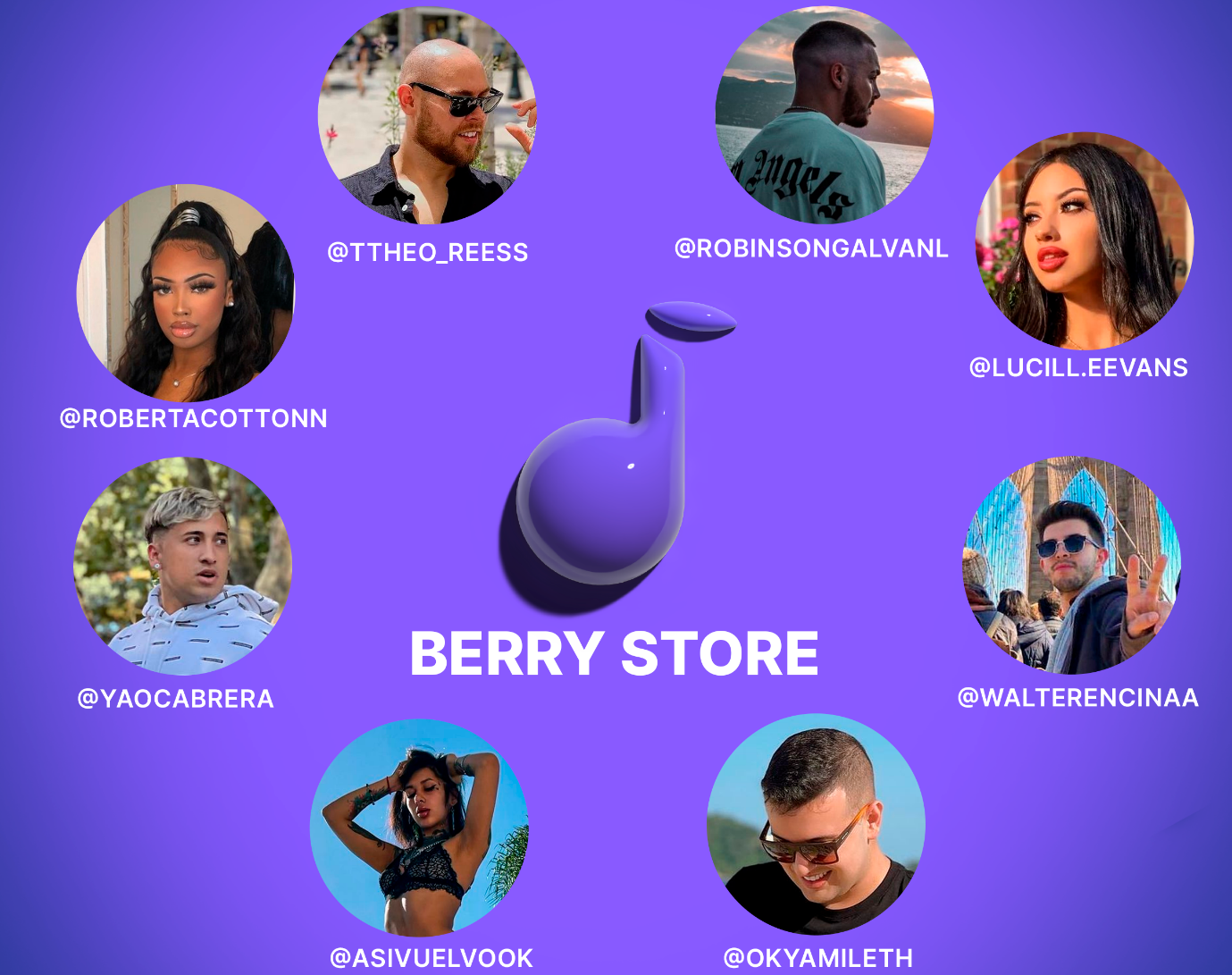 Global mega influencers have expressed their intention to participate in BerryStore 3.0, which is preparing for launch on the Aug 22nd, and full-fledged global activities have begun.

BerryStore 3.0 is scheduled to be renewed with new features that have been completely transformed from 2.0 in operation, and various features will be added, starting with Global Donation SNS and decentralized advertising mediate solution.

‘Yao Cabrera’, a mega-instagram influencer with 16.46 M followers and known as a very influential in global, wanted to join the BerryStore 3.0. In addition, ‘abejas.laserie’, ‘asivuelvook’, etc. other global influencers with more than 1 M followers in various fields such as music, fashion, beauty, and entertainment have expressed their intention to work at BerryStore 3.0, raising high expectations from global users before its official launch.

The functions to be introduced first in this 3.0 version include “Donation World” and “Bounty Mall.”

‘BountyMall’ supports a free and transparent advertising ecosystem between companies and users and between user and user without intermediaries. When a company registers a bounty product, users spread the content and receive rewards. Also, through ‘LuckyBox’ function, advertisers can encourage users to participate in advertising through a lottery of free gifts that can interest the company’s products or users, and users can get a chance to obtain free gifts.

Moreover, ‘Donation World’ is a social network media-like new function based on donation activities, and it is a service that provides P2P BERRY sponsorship, content upload management, likes, and comments. It was also added both donations but also good deeds have the aim of revitalizing the donation culture that can be seen as donation activities.

In particular, the BerryStore update will have its own PoDR(Proof of Donation Relationship) algorithm, which will apply a smart algorithm that connects online relationships through P2P BERRY transactions, forming a connection relationship between users.

A BerryStore official said “Before the official launch of 3.0 version, many global influencers are contacting us to express their intention to participate and promoting the release of BerryStore 3.0. This is only the beginning of the leap toward a global platform, and it will contribute to the expansion of the donation culture along with global expansion.”